Roll off Truck Parts for sale

Roll off Trailers for sale

Roll off truck parts are for sale at BENLEE.  Galbreath, Galfab, Dragon, BENLEE and others are for sale at BENLEE. Roll off Tarps, Roll Rite, Parker, Gresen, and more.  Cables, sheaves, rollers, valves, suspensions, axles and more.  We are a full stocking distributor, dealer of tarps, tarp systems or Pioneer and other.  Cables, sheaves, pulley, all for sale. 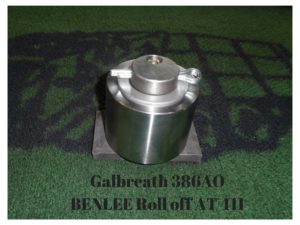 Roll Off Pup Trailer for Sale-BENLEE Roll off Manufacturer

Roll off Pup Trailer for Sale

Roll off Pup trailers are for sale at BENLEE.  We have the trailer you need and at times we have used pup trailers, but we always stock new ‘dead’, non dumping trailers.  Yes we make live roll off pup trailers that are dumping roll offs, with full hydraulics. These are semi, fifth wheel units.  We are the #1 manufacturer of roll off trailers. 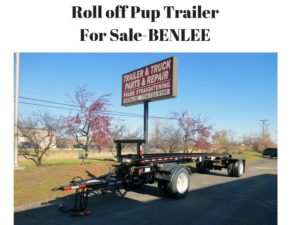 Open top scrap metal hauler trailers are for sale at BENLEE.  These are huge 48′ and 53′ Open top trailers that can carry enormous amounts of material.  They are light weight in that they have no frame. They are up to about 130 Cu Yards, so more than 3 times the amount of a 40 yard box.

These of course are semi trailers that are used in at scrap yards and salvage yards to mainly carry demolition  scrap very efficiently and shreddable material to shredders!

They are great scrap hauling trailers.  Sorry we do no have any used ones at this time.  We new stock new ones for immediate shipment. 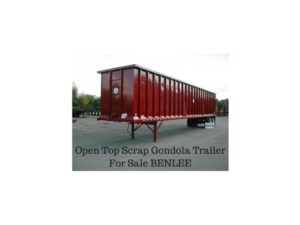 See the below that will be in ARA bi-monthly magazine.

This the first in a series of updates for ARA’s membership with information to help profitably grow our businesses.  As an introduction, my name is Greg Brown.  My wife and I own BENLEE a manufacturer of Roll off, Open Top and Crushed Car trailers and we own Raleigh and Goldsboro Metal Recycling, in NC.  Most importantly, I have been a car guy since the 1970s in that I still own a 1966, 4 on the floor, Ford Mustang convertible.  For the past two years we producing a free weekly four minute news video to our scrap yard and trailer customers that has charts and graphs, as well as gives the background as to what happened in the commodities markets in the previous week.  Ricky Young our ex ARA President who we work with in NC, forwarded my name to ARA and here we are….a bi-monthly article with trends with commentary as to what is happening in the commodity markets to help your business.   As for more immediate questions on markets, always feel free to call me on my cell at 734-740-9514 or email me at greg.brown@benlee.com.  Lastly feel free to go to www.benlee.com and sign up for our Free weekly video, Scrap Metal and Commodities Recycling Report.

Scrap Steel/Oil: Prices about doubled in 2016.  With the global economy getting better after the crash of 2008, prices heated up by 2014.  Then the world changed on Thanksgiving Day, 2014.  As we ate our turkeys, OPEC met to discuss how to gain market share, which was being hurt by the U.S. hitting new records in drilling.  OPEC decided to flood the markets to lower prices which would get the U.S. to reduce drilling.  It worked and prices fell from about $110/barrel to $37.  Oil rigs fell from 1,609 to 316!

This caused the massive loss of high wage jobs and reduced steel use in U.S. oil fields, which along with dumping of low priced steel in the U.S. by countries like China and S. Korea, caused steel prices to decline through 2015.

Three things happened 2016.  First, the global economy has been slowly growing for years, which consumes more commodities putting upward pressure on prices.  Second, the Obama administration put massive steel tariffs (import taxes) in place in 2016 that kept out foreign steel, raised U.S. production and allowed for major price increases on finished steel, that took scrap metal prices up with it. Third, OPEC and a group of non OPEC countries agreed to oil cut production, which led to higher prices and increases in U.S. drilling and production.

Aluminum: Higher energy prices for decades have meant that the automotive and trucking companies have worked hard to increase fuel mileage and light weight aluminum has been the winner here.  The Ford F150, the highest volume car or truck sold in this country now has a complete aluminum exterior, so along with good aerospace and good heavy truck demand, aluminum consumption continues to rise.  Along with the need to pass on high production costs, aluminum prices have been rising and this should continue.  Related, get ready to command more for these F-150 trucks when they to a shredder!  As I write Feb. 2017, shredders are getting about $12.00/Hundred ($270/GT) for steel and $56.00/Hundred for Zorba (mostly shredded aluminum); 4.7 times more!

Unlike steel and even aluminum, Platinum production and consumption can vary based on just a handful of major investors speculating and driving prices up or down.  Overall though, for the past 10 years, it has reacted, not the same but similar to copper.  With that said, there could be small increases in prices over 2017.

In the big picture, in most cases scrap prices are driven by demand and in most cases demand is driven by spending/consumption.  The graph below, tells the story.  There are more people working in this country, then ever before.  The new administration wants to build upon the major increases in employment that we have seen since 2010.  That makes the story simple.  While not a big increase, one would expect scrap prices to continue to rise in 2017.

As always, if you have any questions or comments, feel free to call or write me and sign up for our free weekly Commodities News video at, www.benlee.com.