This is the Global Economic, Commodities, Scrap Metal and Recycling Report, by our BENLEE Roll off Trailer and Lugger Truck, June 1st, 2021.

U.S. Weekly crude steel production fell to 1.793Mt. The peak production in 2008 was approximately 2.17Mt, so it was 21% higher in 2008. Low current production is bringing record prices and supply shortages.

Hot roll coil steel price rose to $80.45/cwt, off the record hit during the week. Restrained production and growing demand are bringing increases.

Copper price rose to $4.67/lb., but off the $4.84 recent high on strike threats at the world’s largest copper mine. Increases were also on low U.S. unemployment claims and copper demand optimism. 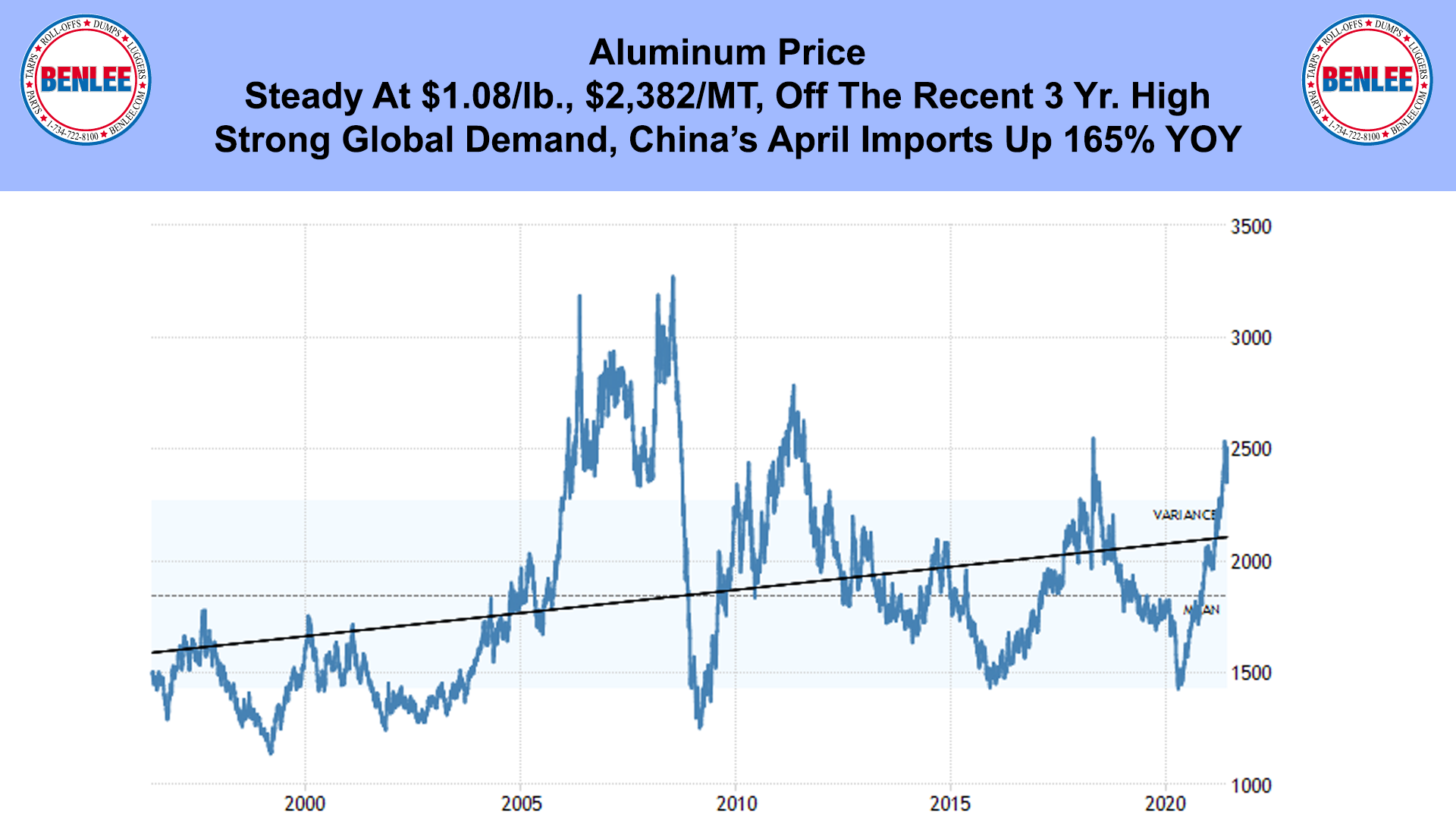 China’s May NBS manufacturing growth index fell to 51, the lowest since February on intense inflation and supply bottleneck problems.

Euro area May economic sentiment index. Remember the Euro area’s economy is about the size of the U.S. economy. It increased to 114.5, the highest since January 2018 and remains above the long-term average.

U.S. April Personal Spending rose .5% from March, after March’s 4.7% increase. Dining out and travel was up, as goods purchases were down.

U.S. May U of M consumer sentiment index fell to 82.9, the lowest in three months on concerns over current and future conditions.

U.S. Initial unemployment claims fell to 406,000, the lowest since March 2020, on a strong jobs market. Washington, Florida and NJ had the least claims.

As always, feel free to call, or email me with any questions and we hope all have a safe and profitable week.

BENLEE Roll off Trailers, Lugger Trucks and Roll off Parts