This is the Global Economic, Commodities, Scrap Metal and Recycling Report, by BENLEE Roll off Trailers and Open Top Gondola trailers, April 13th, 2020. This is a remote edition. 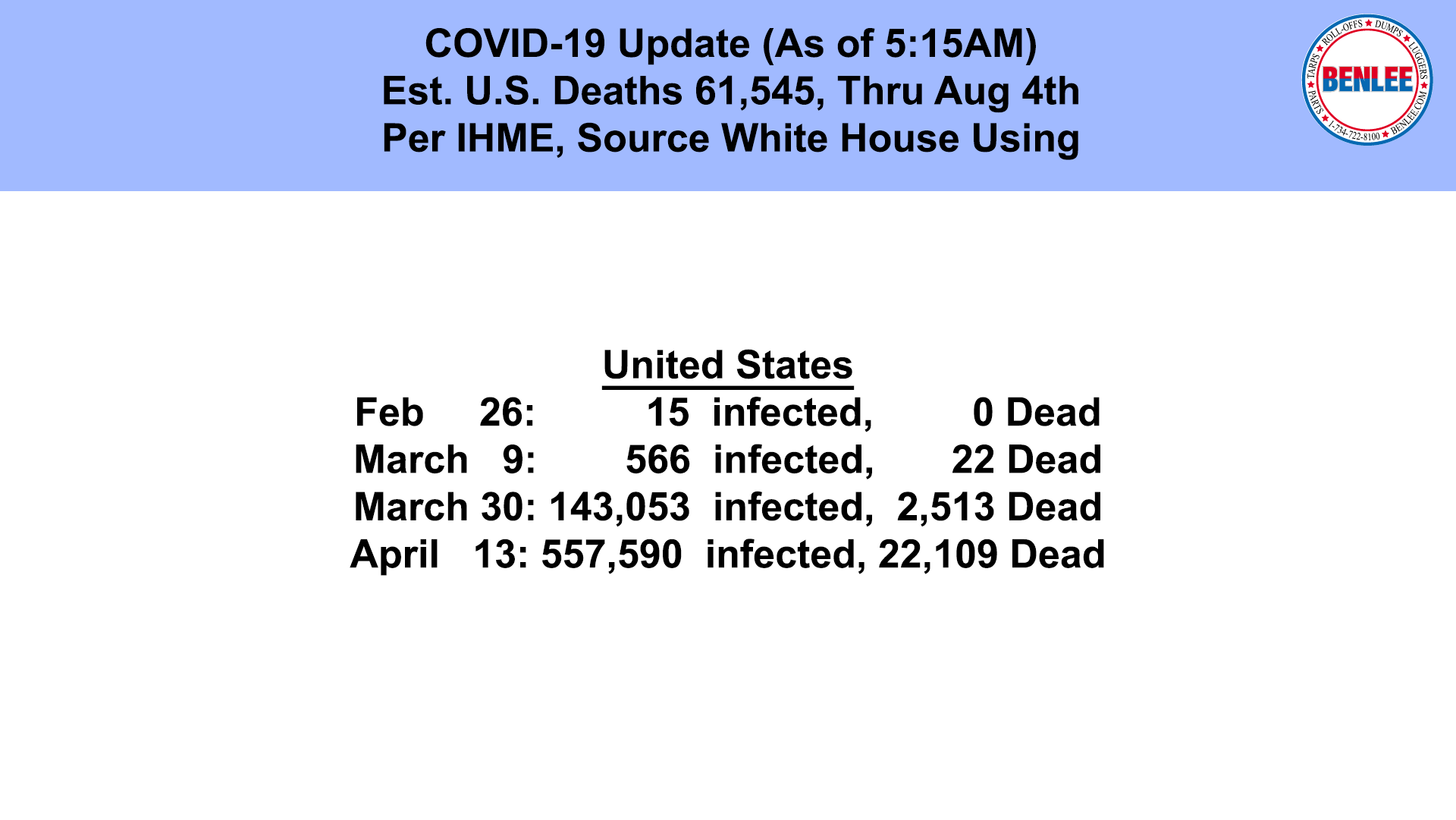 U.S. weekly steel production fell to 1.534 M Tons a multiyear low, which will fall further in the coming weeks as industries such as Automotive remain closed and as active oil rigs hit a multi-year low.

Oil prices fell to $23.19/b, as OPEC Plus (which is OPEC and other main oil producers like Mexico and Russia) announced a 9.7M/b/d production cut. In an unprecedented move, the U.S. for the first time in history, joined with OPEC and Russia’s as the U.S. agreed to oil cut U.S. oil production by 250,000 barrels a day. This will further cut U.S. oil and U.S. steel production jobs and will help oil company and bank profits.

U.S. weekly oil production fell to 12.4M/b/d, as low prices mean low profits which closes less profitable wells. It is not clear how the U.S. commitment to cut 250,000 barrels will be implemented.

Scrap steel #1 HMS price fell to about $187/GT, on a combination of falling demand, but tempered by low supply.

Scrap Steel No. 1 HMS export buying price Philadelphia was steady at $135/GT the multi-year low as low production seems to be stabilizing. 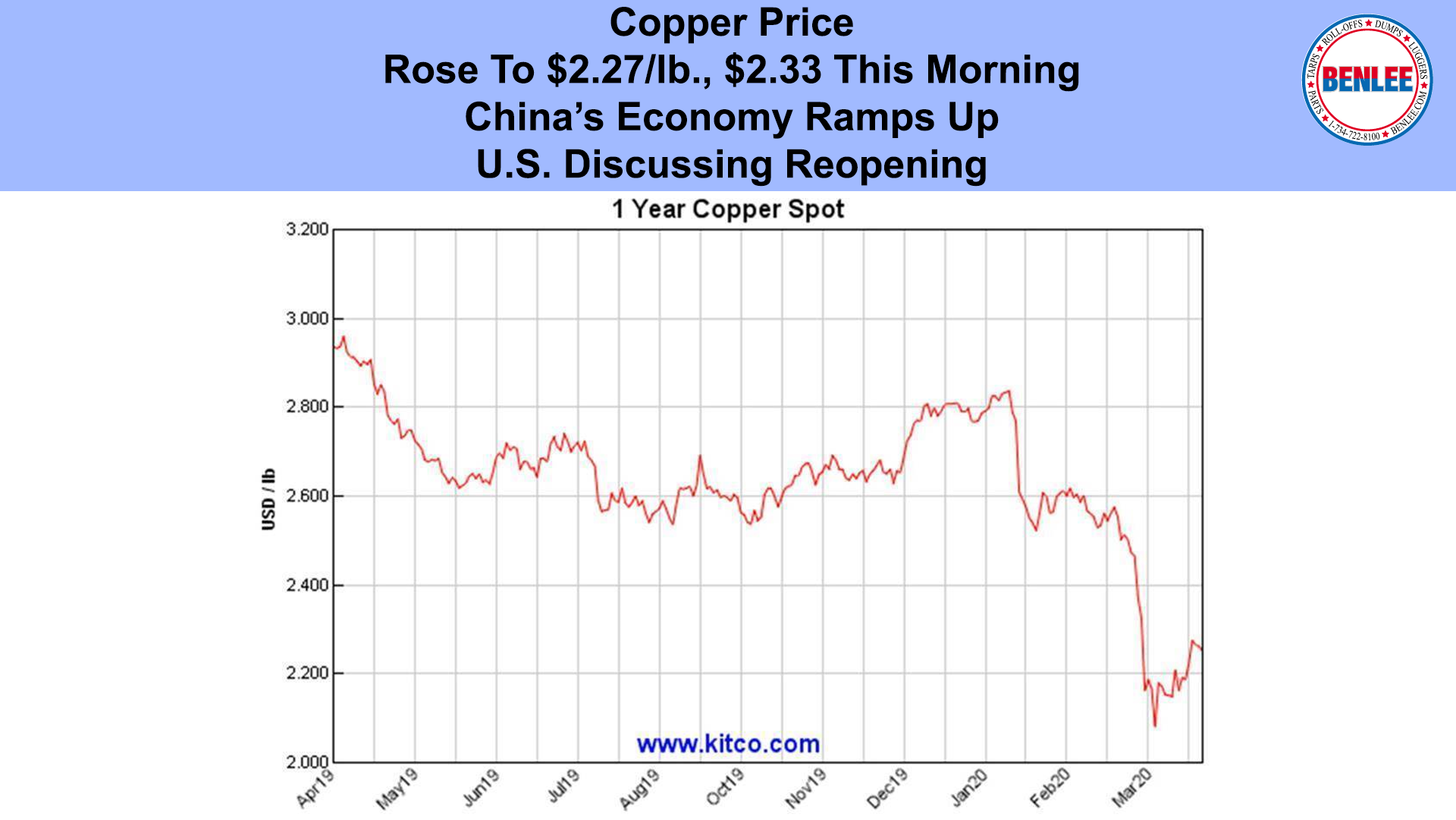 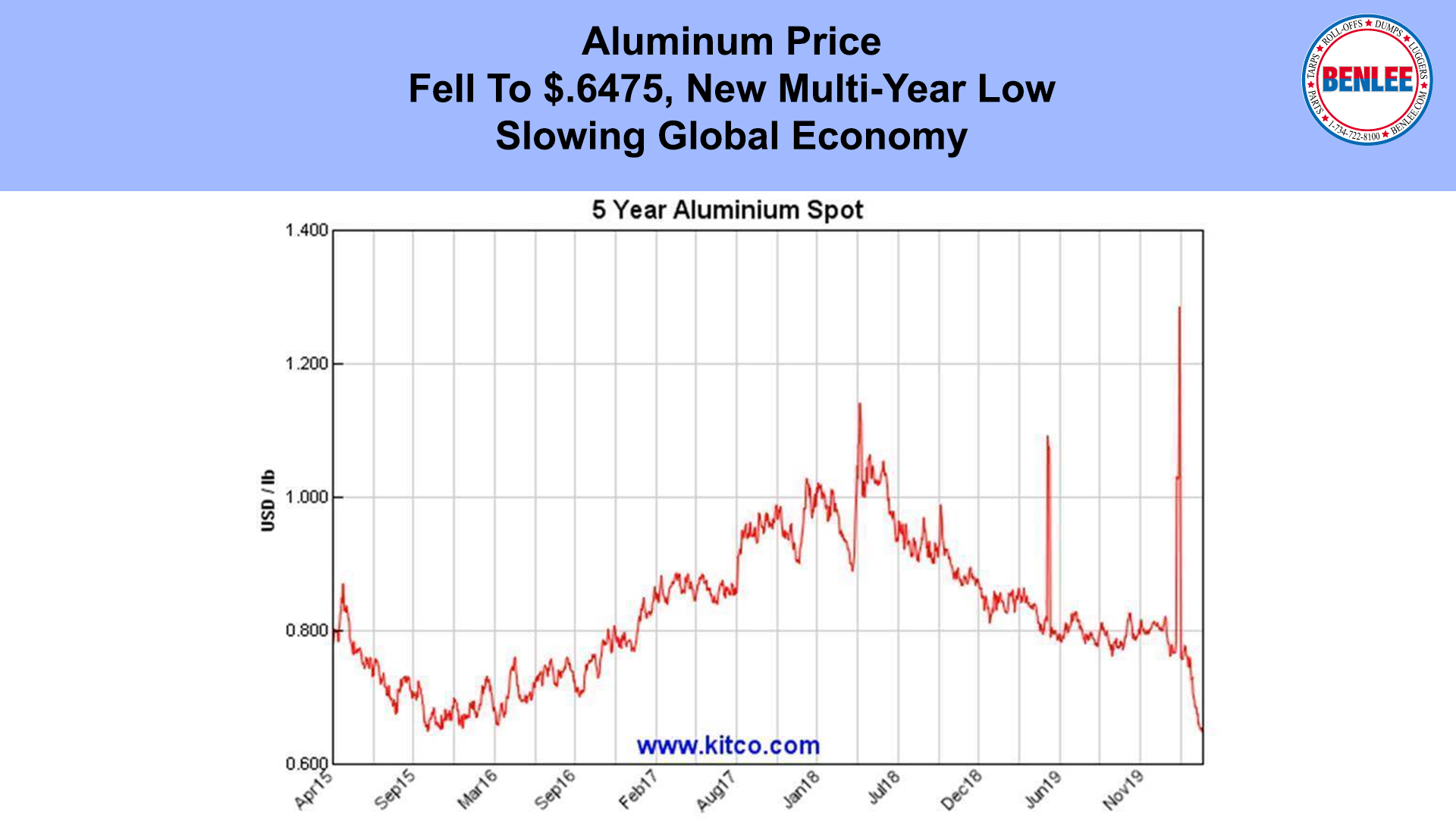 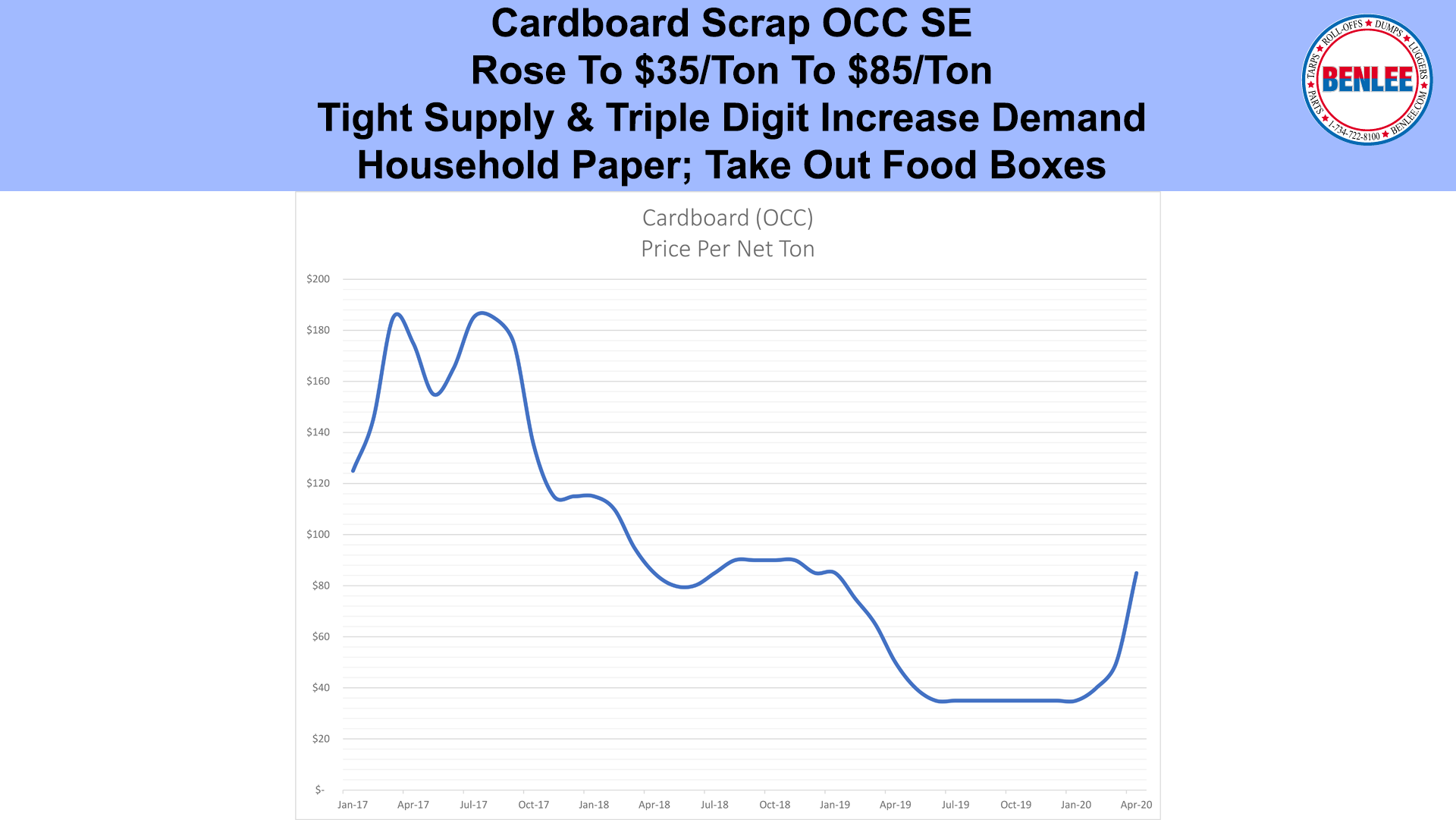 April’s U.S. Consumer sentiment fell to 71 from 89.1 in March, the lowest reading since December 2011 and the largest monthly decline ever recorded. Declines were seen for current conditions and future expectations. This is serious in that the U.S. is a consumer, not manufacturing driven economy.

March’s U.S. annualized vehicle sales were estimated to have fallen to 11.4M vehicles, from 17 million in February. This will fall much further in April.

March’s annualized U.S. inflation fell to 1.5% from 2.3% in February, driven by a 10.2% slump in gasoline prices. Core inflation, which excludes volatile Food and Energy prices actually rose to 2.1%, but had the first month over month decline since January 2010.

U.S. Unemployment claims were 6.61 Million. See the thin line on the right. This brings the last three weeks total to near 17 million job losses, after years of averaging a mere about 230,000 per week. The 4-week moving average jumped to 4.3M, an all-time record. The $600 weekly extra federal payment may have contributed to this increase.

Wall Street’s Dow Jones rose 2,667 points to 23,719 as virus deaths hit new highs and the U.S. starts talking of reopening. The Minneapolis Federal Reserve Chairman said he expects the recovery from the Pandemic will be a long hard road.