This is the Global Economic, Commodities, Scrap Metal and Recycling Report, by BENLEE Roll off Trailers and Lugger Trucks, December 9th, 2019.

Oil rose to $59.10 a barrel, a Multi-month high, as OPEC and Russia agreed to additional production cuts to reduce supply, to try to force higher prices. 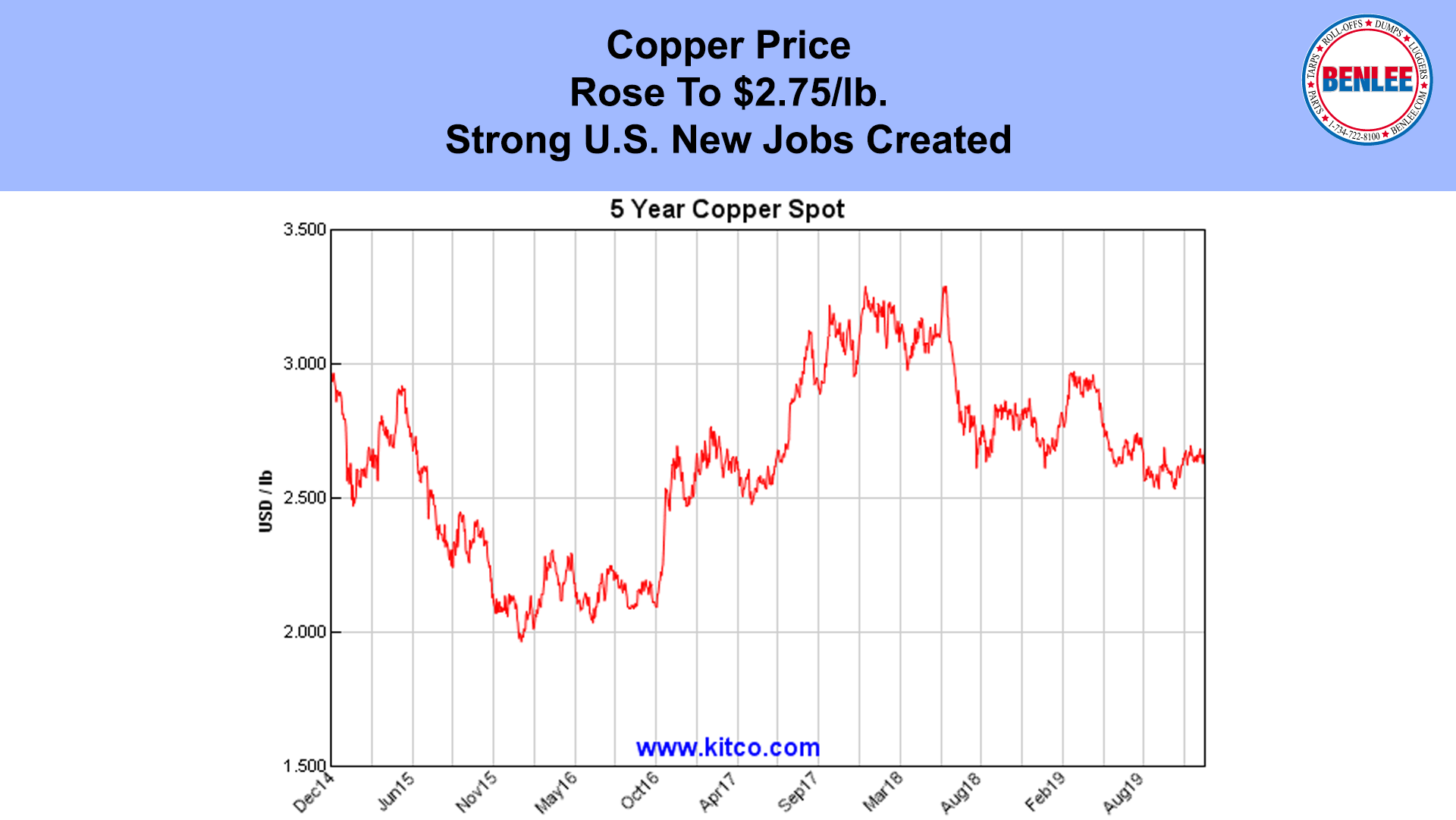 Copper rose to $2.75 per pound, on the strong jobs report we will soon talk about. 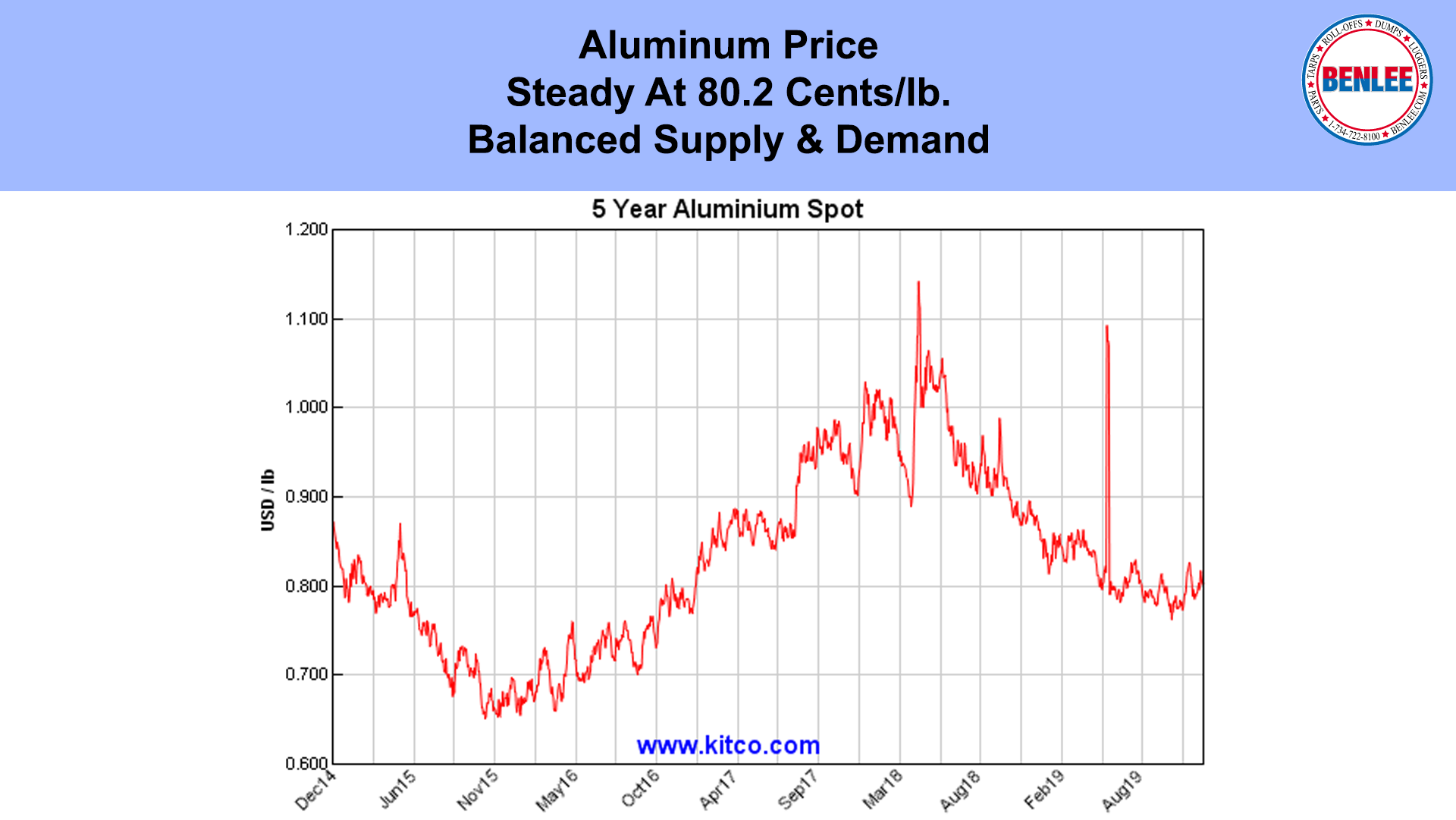 Aluminum was steady at 80.2 cents per pound, on balanced supply and demand.

Cardboard Scrap OCC South East was steady at $35/Ton, a decade low on a slow economy and good supply.

The Eurozone, whose economy is almost as large as the U.S. had its economy grow in the third quarter at a slow 1.2%. Germany which is the largest economy in Europe, has been hurt by lower exports to China, as U.S. Tariffs have hurt manufacturing in China and the U.S.

The U.S. Manufacturing Index for November fell to 48.1, remaining in actual contraction. This was the 4th straight month of declining U.S. manufacturing activity amid a steeper decline in new orders and employment. Global trade remains the most significant cross industry issue.

The U.S. Non-farm payroll report, which is new jobs created, rose 266,000, a very solid number as slow growth continues. This was helped by 48,000 returning workers that went back to work as the GM strike ended.

With the new jobs, the U.S. Unemployment rate fell to 3.5%, a 50-year low, as it remains tough to find skilled workers.

U.S. Consumer Sentiment rose to 99.2 a 7-month high, as current and future expectations improved. Nearly all the gain was among upper income households due to near record gains in household wealth largely due to increased Wall Street stock prices.

Unemployment claims fell to 203,000, near the 50-year low, with the slow growth economy and a tight labor market.

Wall Street’s Dow Jones Average fell to 28,015, plunging early in the week on statements saying a China trade deal could wait until after the election, but then rose sharply on the solid new jobs report.