This is the Global Economic, Commodities, Scrap Metal and Recycling Report, by BENLEE Roll off Trailers and Open Top Gondola Trailers, January 6th, 2020. This is a special edition with Greg Brown out of the Country. This is Ron Ostrowski reporting.

It is important to point out that due to the very volatile situation in the Mideast that arose in recent days, the global economy may or may not be affected in a major way.

Oil spiked to $62.79 a barrel, on the announcement that the U.S. killed a very high level Iranian General. Prices could rise much further depending on what happens.

Iron ore rose to $93.50Ton, on a very slow growth economy, with China being the only real area of industrial growth.

Scrap steel #1 HMS was steady at $229.33. Supply remains relatively weak, so prices could rise $25 or even more this week, to increase flow into recycling operations. 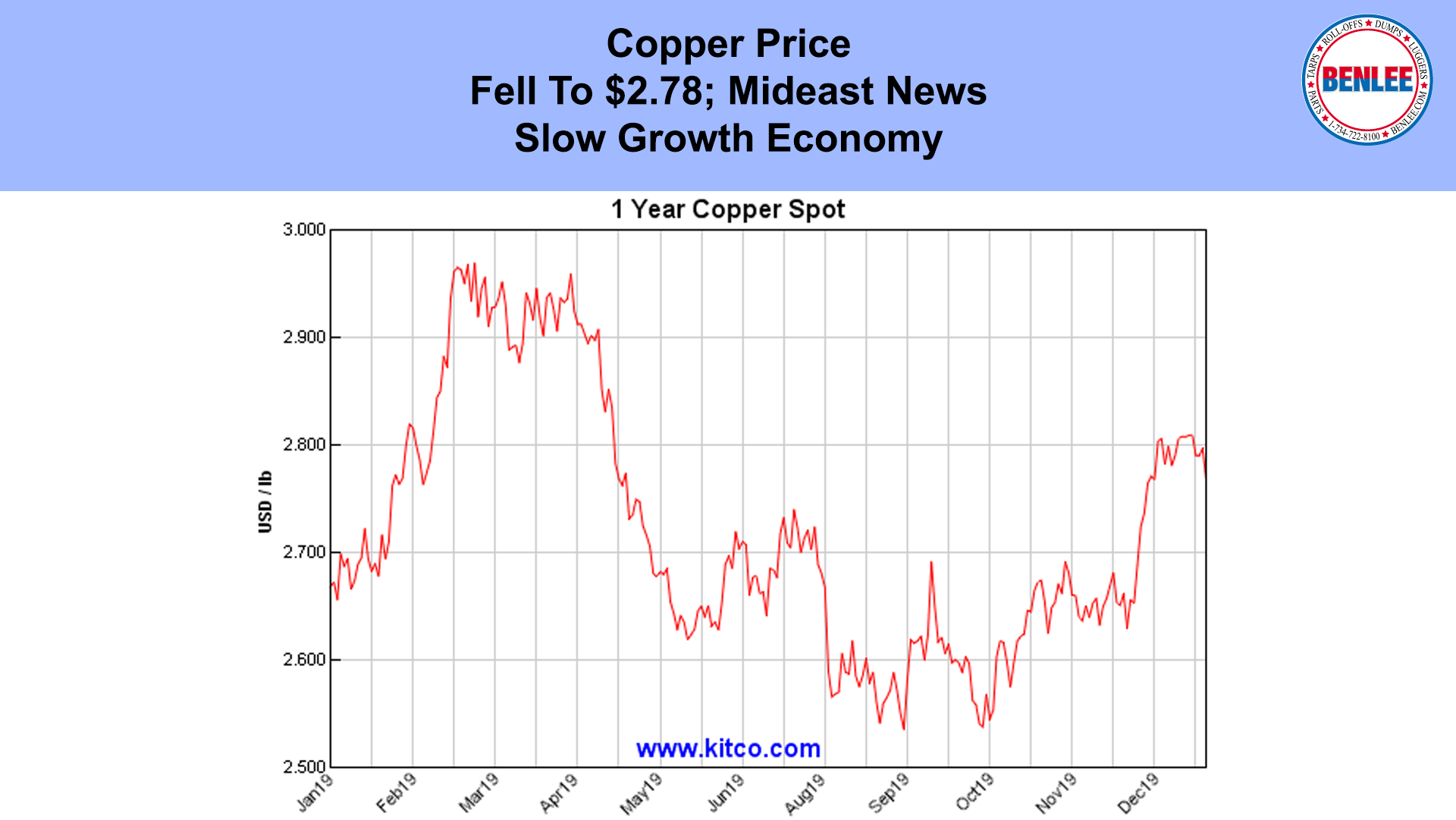 Copper fell to $2.78 per pound, on news from the Mideast and a slow growth economy. 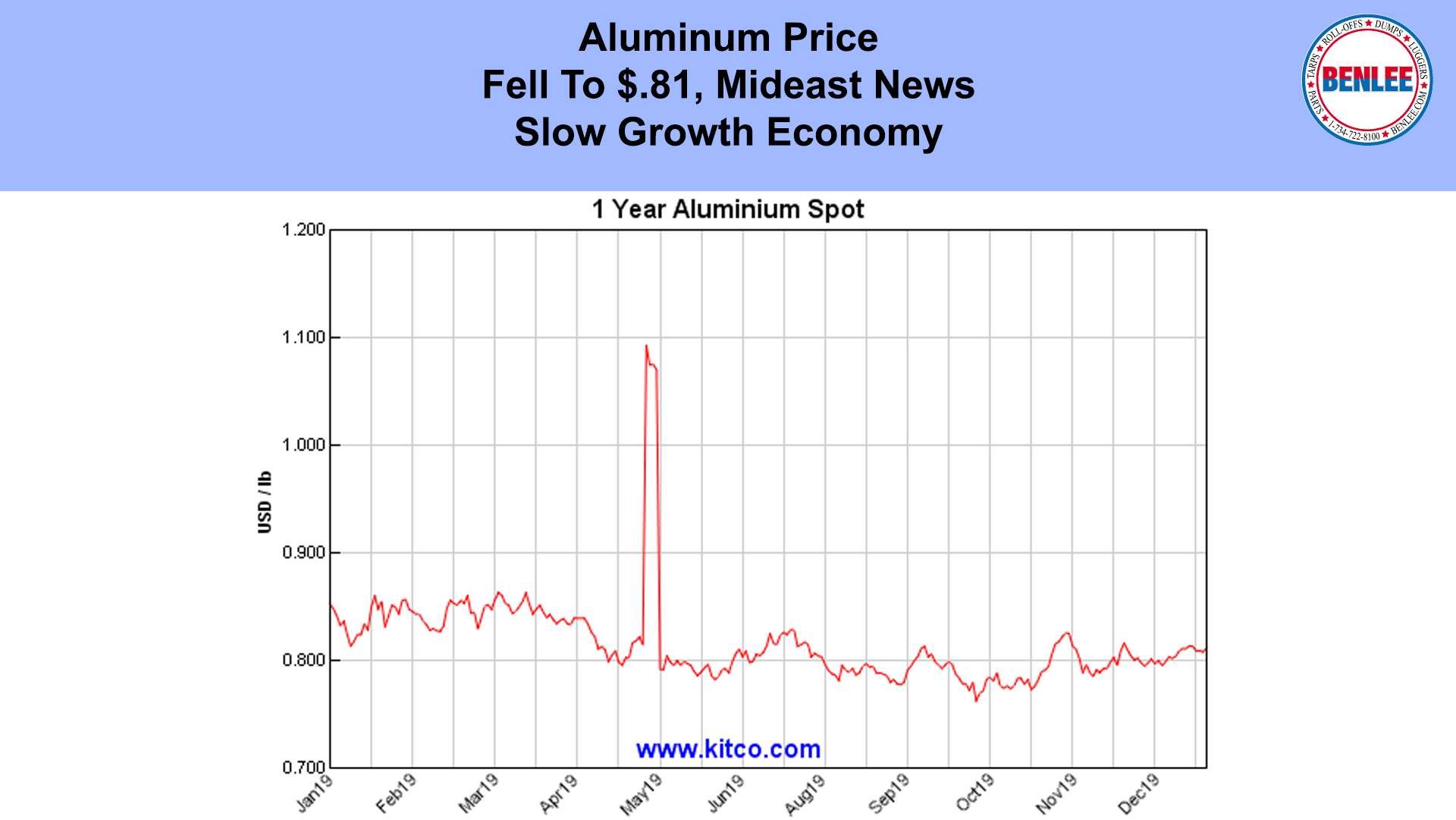 Aluminum fell to 81 cents per pound, on the same Mideast News and the slow growth economy.

The Euro Zone (an economy about the size of the US.), had its manufacturing index fall to 46.3, the 11th month of contraction. New orders, jobs and factory activity all declined.

December’s U.S. Manufacturing index fell, to 47.2 the lowest level in 10.5 years and in true contraction, not slow growth. This is the 5th straight month of decline in manufacturing as new orders, production and employment all fell as a faster pace. The trade war has clearly damaged the U.S. and Global economy.

November’s U.S. Construction spending rose .6% from October and a nice 4.1% vs. last year. This is a solid number for job creation as construction bring many other types of new jobs.

Wall Street’s Dow Jones Average rose to 28,634 hitting a new record during the week, but down Friday on the Mideast news and the terrible U.S. Manufacturing index. The good news is a high stock market could bring more spending as people feel better about the value of their stocks.

As always, feel free to call, leave a message on LinkedIn or email Greg with any questions and we hope all have a Safe and Profitable week.