This is the Global Economic, Commodities, Scrap Metal and Recycling Report, by our BENLEE Roll off Trailer and Lugger Truck, August 3rd, 2020.

Oil price fell to $40.27/b as U.S. and Global production remains being held back to get prices up.

The U.S. Oil rig count fell to 180, near a decade low as production is down due to low prices and the U.S. deal with OPEC to cut production. 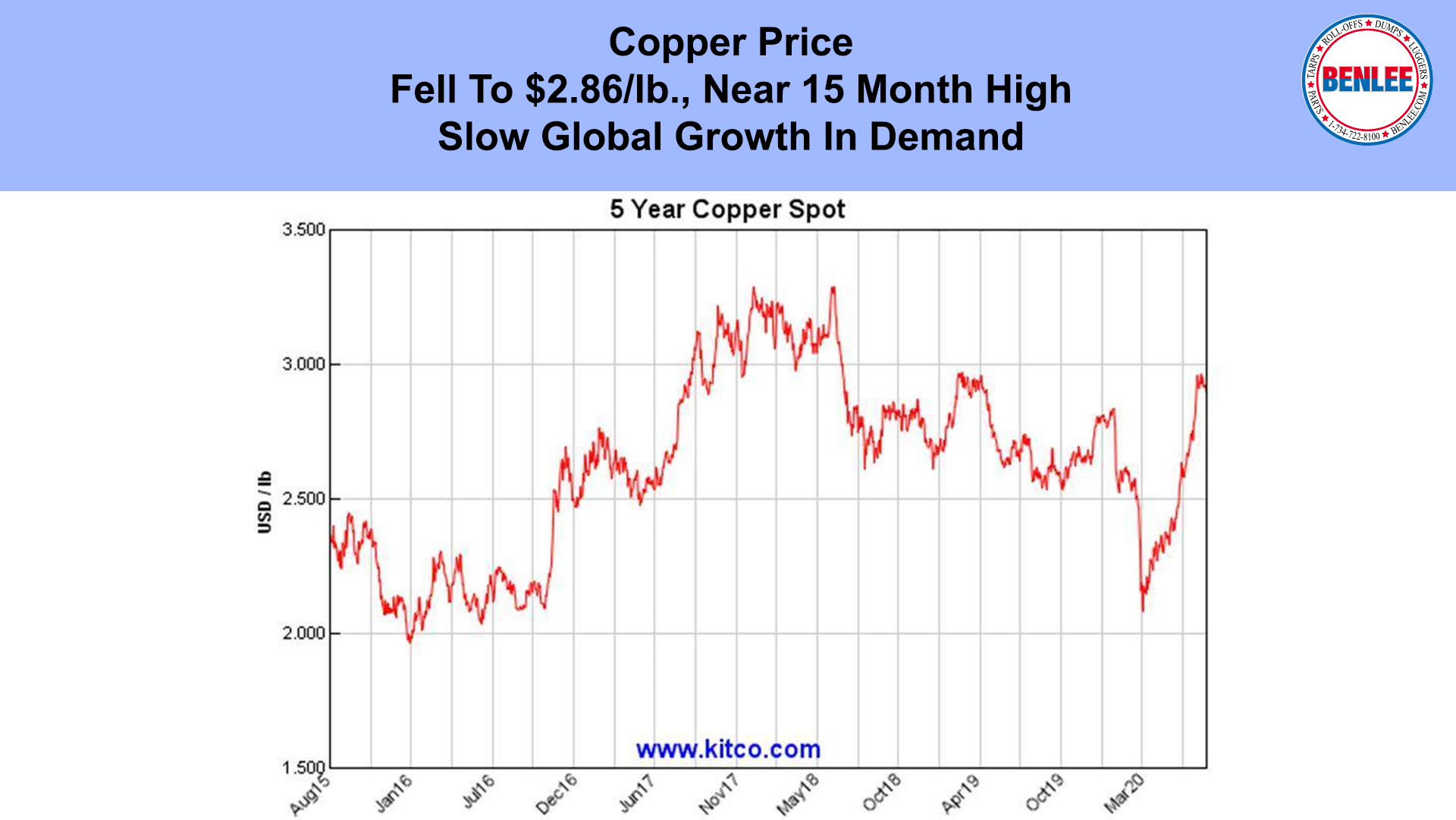 Copper fell to $2.86 per pound, near the 15-month high, on a slow global growth in demand. 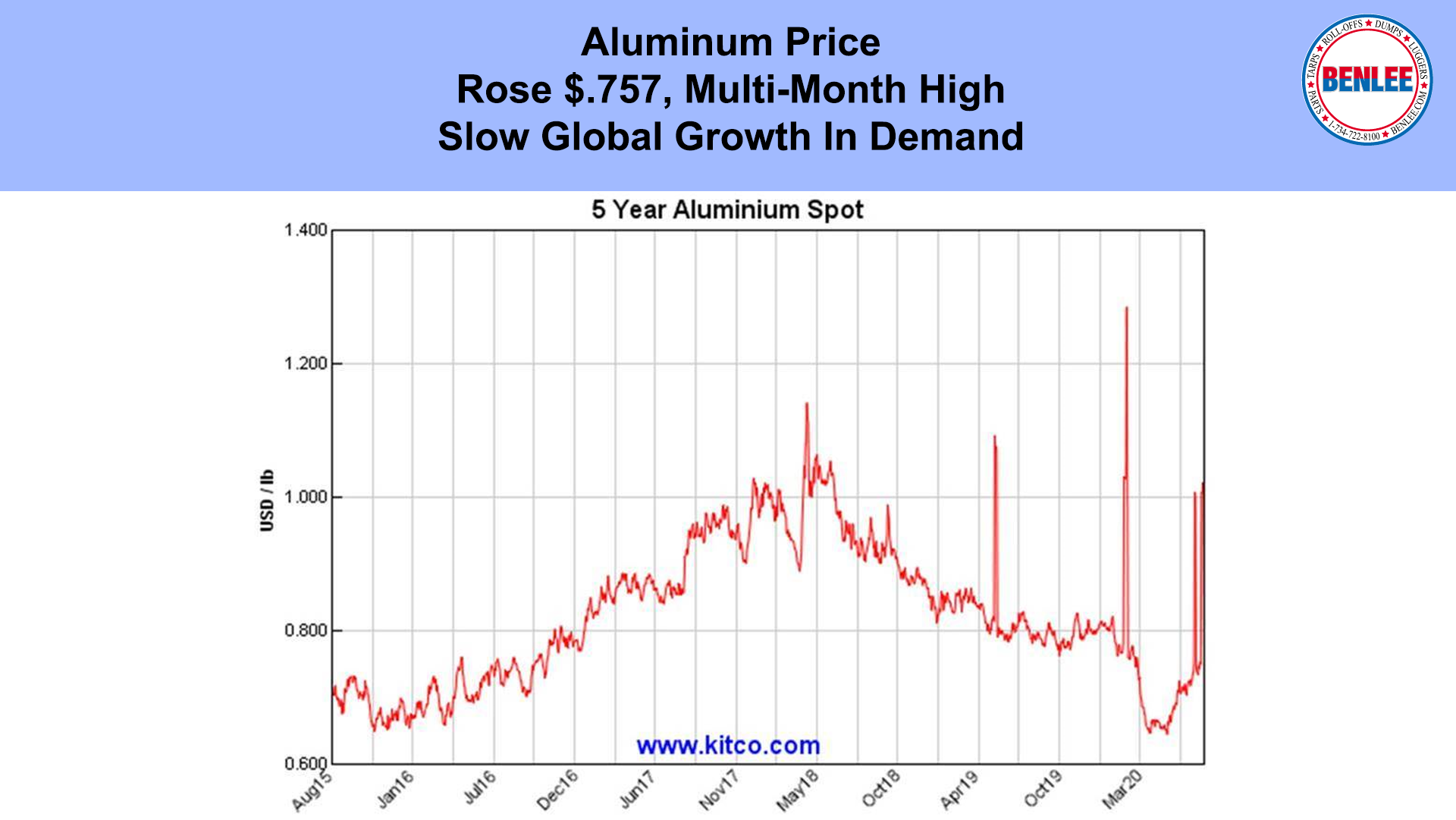 Aluminum rose to $.75.7 a multi month high on the same slow global growth in demand.

Gold Price rose to $1,974/oz after hitting record $1,983 on a weak U.S. dollar and by global concerns over the increasing Covid cases and deaths.

China’s Manufacturing index for July rose to 51.1 with over 50 equaling expansion. Output grew the most in 4 months and new orders were up for the 5th month in a row.

The U.S. Federal Reserve announced they were keeping interest rates steady at 0 to .25% as the Feds said Covid remains a major concern and that they are seeing new signs of slowing, after what had been recent growth.

U.S. Consumer Sentiment for July, fell to 72.5 on a continued resurgence of COVID. Consumers do not expect a fast recovery.

U.S. GDP, Gross Domestic Product with is the economy itself, shrank 32.9% in the second quarter ending June, the biggest contraction ever as consumer and business spending were down.

U.S. Weekly initial unemployment claims rose to 1.43M, the second weekly increase as there is an increase in state closings. There have been 54.1M claims since March 21st. Note the flat line at the bottom of the graph. For years claims were 200,000+ per week.

U.S. Pending home sales for June rose 6.3% vs. last June. This was the first gain in 4 months as record low interest rates and pent up demand support the market. Overall, very good news.

Wall Street’s Dow Jones Average fell 202 points to 26,470. The U.S. government is ready to spend another $1T or more to support the economy, bringing the total to $4+ Trillion. As a reference, the government spent about $800B in 2009 to beat the recession.