This is the Global Economic, Commodities, Scrap Metal and Recycling Report, by our BENLEE Roll off Trailer and Lugger Truck, August 10th, 2020.

U.S. weekly oil production fell to 11.0M/b/d near a two year low on the U.S. OPEC production cut agreement and on low prices.

Scrap steel #1 HMS price rose to about $213/GT as a weak dollar boosted exports and on slow U.S. Demand Growth.

Hot Roll Coil steel rose to $22.89/cwt as it remains near a multiyear low on slow U.S. economic growth. 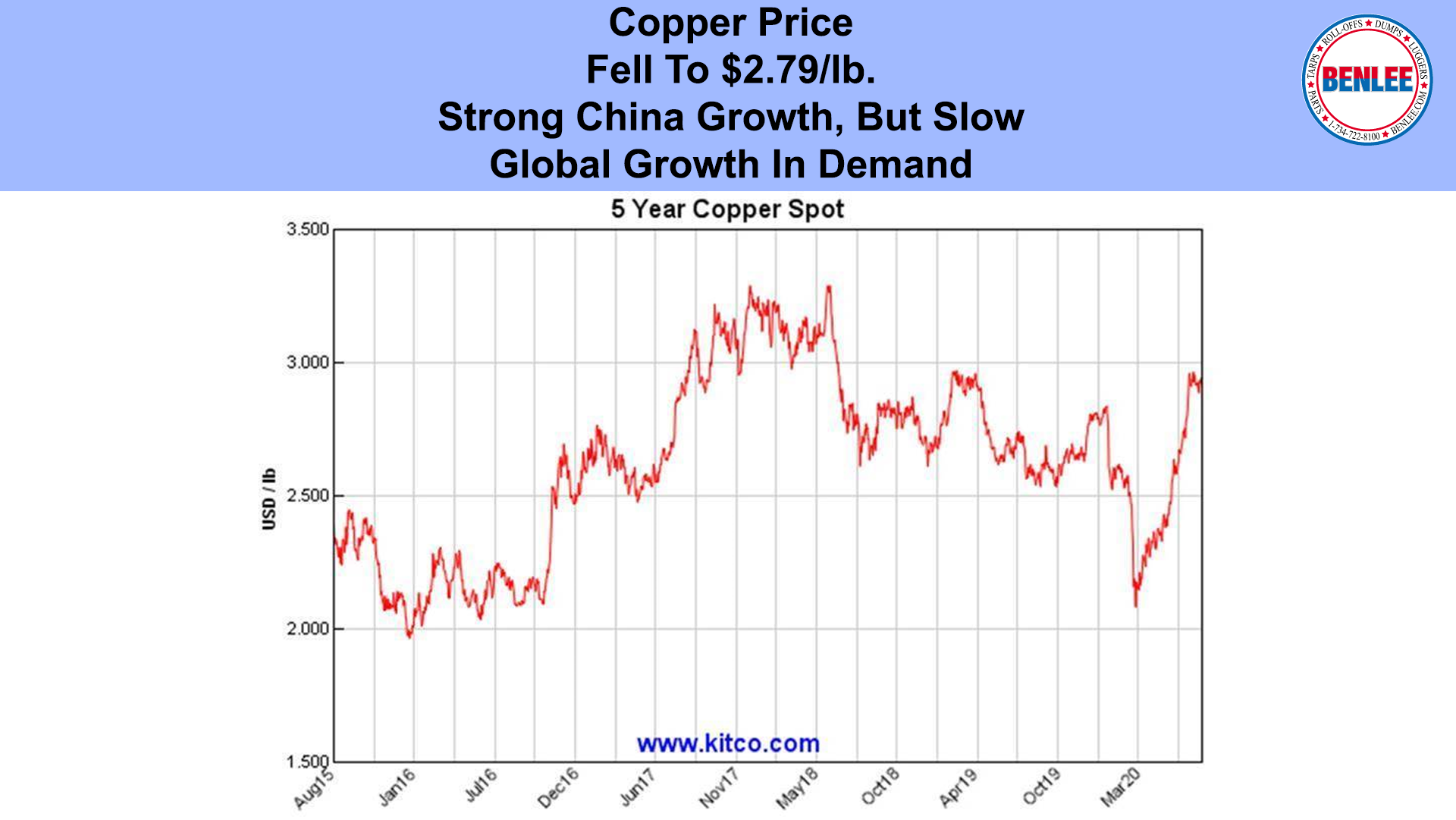 Copper fell to $2.79 per pound, on strong China growth, but slow global growth in demand. 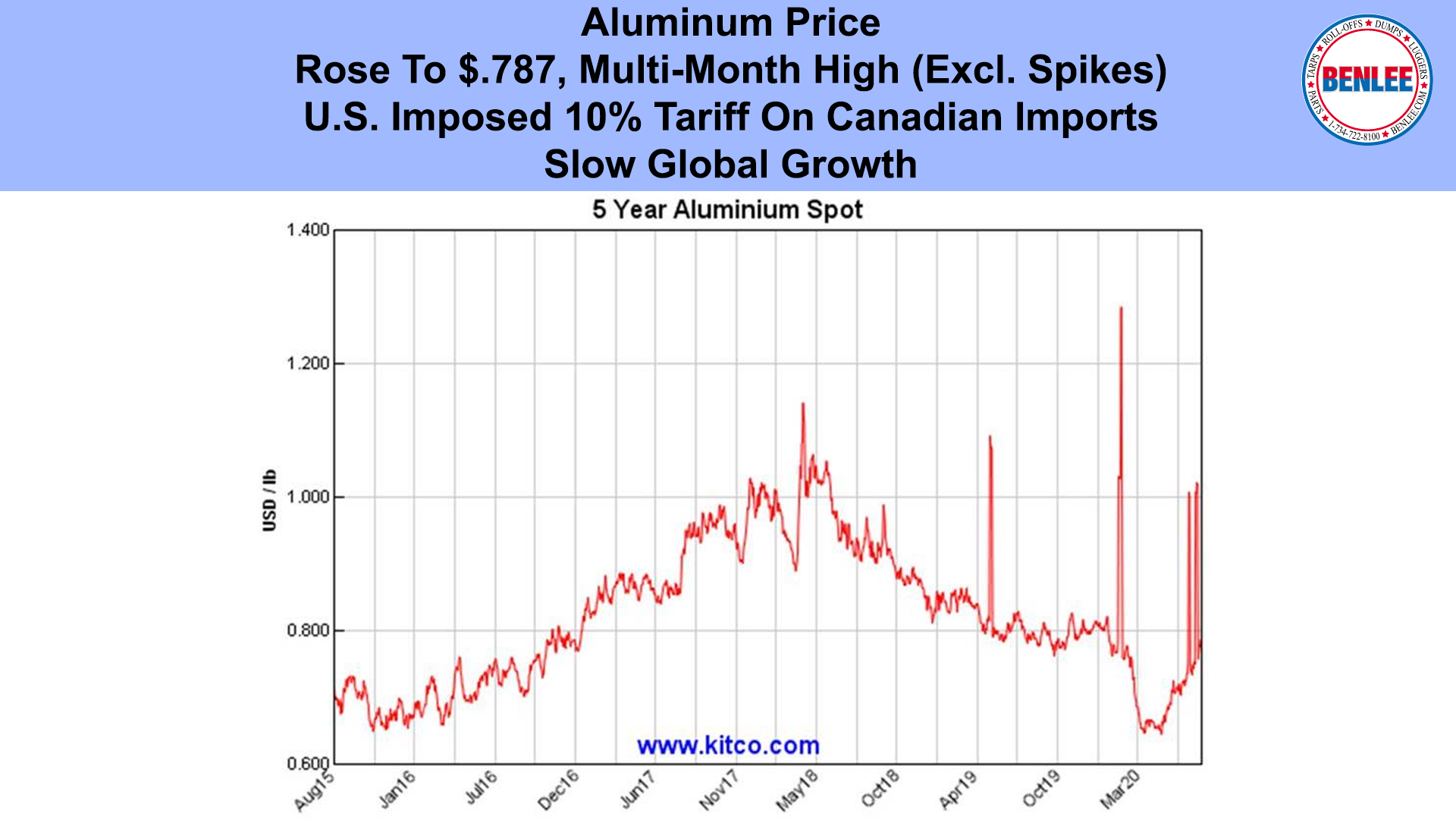 Aluminum rose to $.78.7 a multi month high, excluding spikes as the U.S. imposed a 10% tariff on Canadian Aluminum imports and on slow global growth.

July’s Global Economic Index, rose to 50.8, from June’s 47.7. With over 50 being expansion, the global economy has begun to grow again.

June’s U.S. Balance of Trade improved to a Negative, yes Negative $50.7B, which was better than May’s 18 month low. The trend though continues to be worse.

August’s U.S. Economic Optimism index rose to 46.8, but since under 50, it marked the 5th straight month of outright pessimism. August was lower than May and June at 49.7 and 47, due to COVID resurgence concerns.

July’s U.S. Manufacturing index rose to 54.2, the highest since March 2019, which is great, but note the trend has been down since 2018. July new orders rose, but employment was down.

U.S. Weekly initial unemployment claims dropped to 1.186 million people, which was the least since COVID hit the economy. Weekly claims were 200-250,000 per week for years, pre-February. This is clearly an improvement, but still horrific.