This is the Global Economic, Commodities, Scrap Metal and Recycling Report, by our BENLEE Roll off Trailer and Lugger Truck, July 27th, 2020. 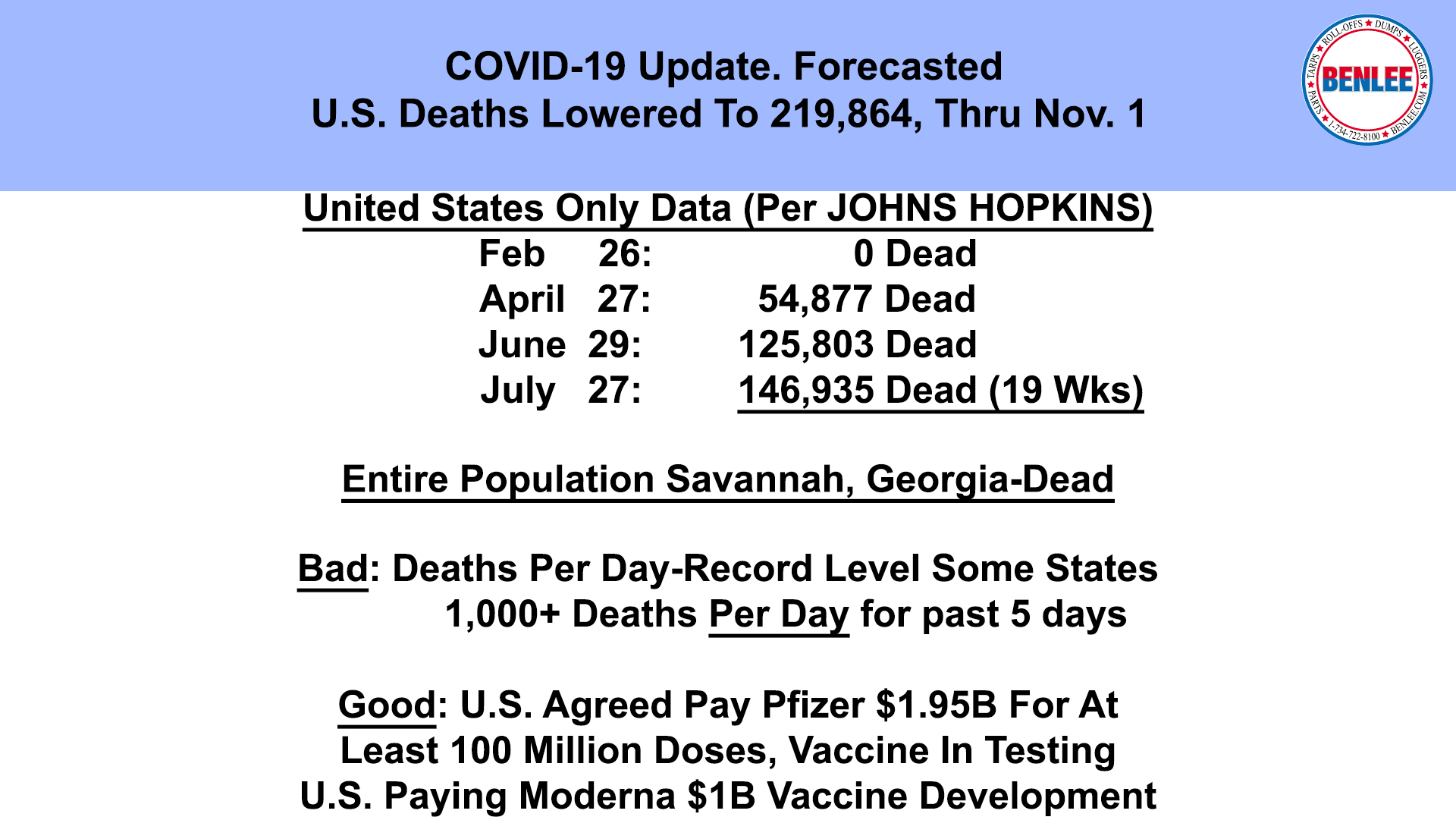 Covid-19 Update. Forecasted U.S. were lowered to 219,864 deaths thru November 1st, with 146,935, now dead in 19 weeks, more than the entire population of Savannah, Georgia. As for more bad news, deaths per day are at record levels in some states and there have been over 1,000 deaths per day in the U.S. for the past 5 days. As for good news, the U.S, agreed to pay Pfizer $1.95 Billion for at least 100 million doses of a vaccine that is in testing and the U.S. is paying Moderna $1B for vaccine development.

Oil price rose to $41.29/b on the global economy coming back and on major global production cuts that remain in place.

U.S. weekly oil production rose to 11.1M/b/d, remaining near the multi-year low on weak demand and as the U.S. commitment to cut U.S. production remains in place.

Scrap steel #1 HMS was steady at $193.33/GT with slight downward price pressure for August on moderate supply and weak demand. 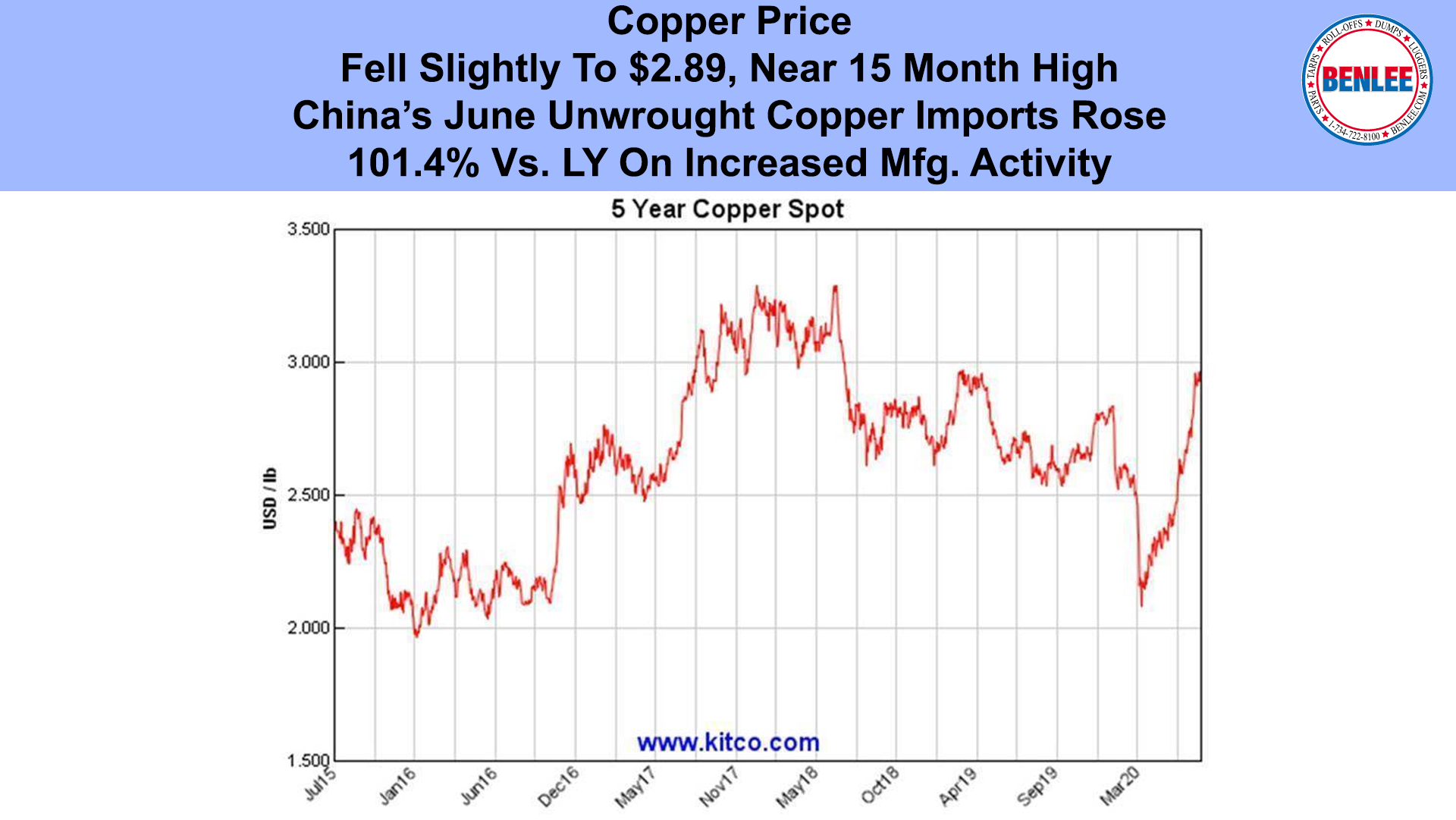 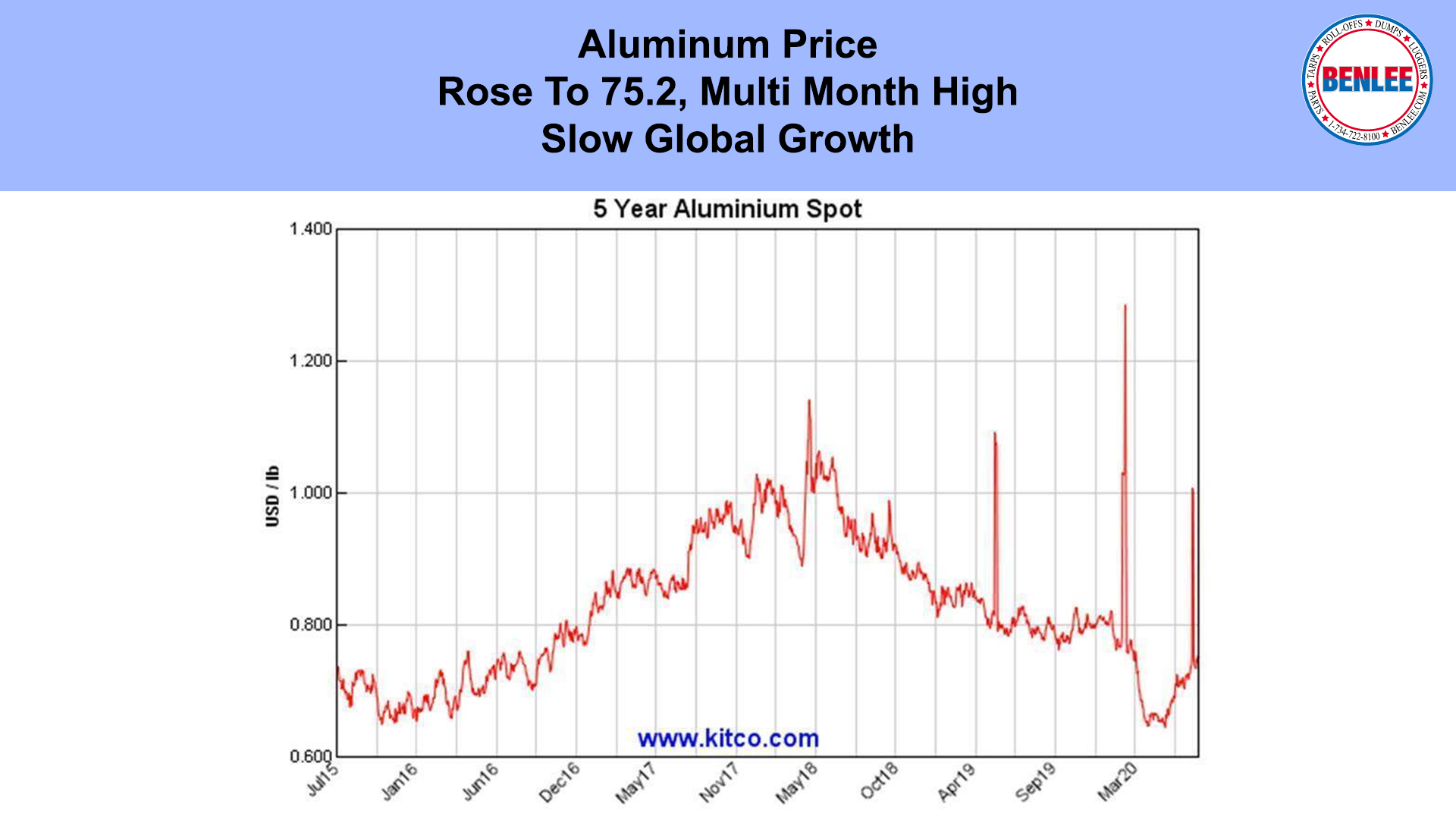 Aluminum rose to $.752/lb. a multi month high, leaving out the spike, on slow global growth.

Gold Price hit an all-time record $1,944.50 this morning on concerns about COVID growth and U.S./China tensions.

July’s Eurozone (an economy about the size of the U.S.), had it manufacturing index rise to 51.1 with over 50 being expansion. It peaked in late 2017 and crashed in April. July had the first factory growth since January 2019.

U.S. Dollar index vs, global currencies fell to 93.9, the lowest since September 2018 on concerns about the speed of the U.S. recovery as the U.S. COVID death rate increases.

U.S. weekly initial unemployment claims rose to 1.416 Million as states were shutting down. Note, until February they were about 200K a week.

July’s U.S. Services index rose to 49.6. Over 50 is expansion. Service growth peaked in mid-2018 and crashed in April. Services remain contracting, but at a slower rate.

July’s U.S. Manufacturing index rose to 51.3. Again, over 50 is expansion. As with Services, Manufacturing peaked in mid-2018, and crashed in April. July is the first expansion since February.