This is the Global Economic, Commodities, Scrap Metal and Recycling Report, by our BENLEE Roll off Trailer and Open Top Trailer, June 8th, 2020. 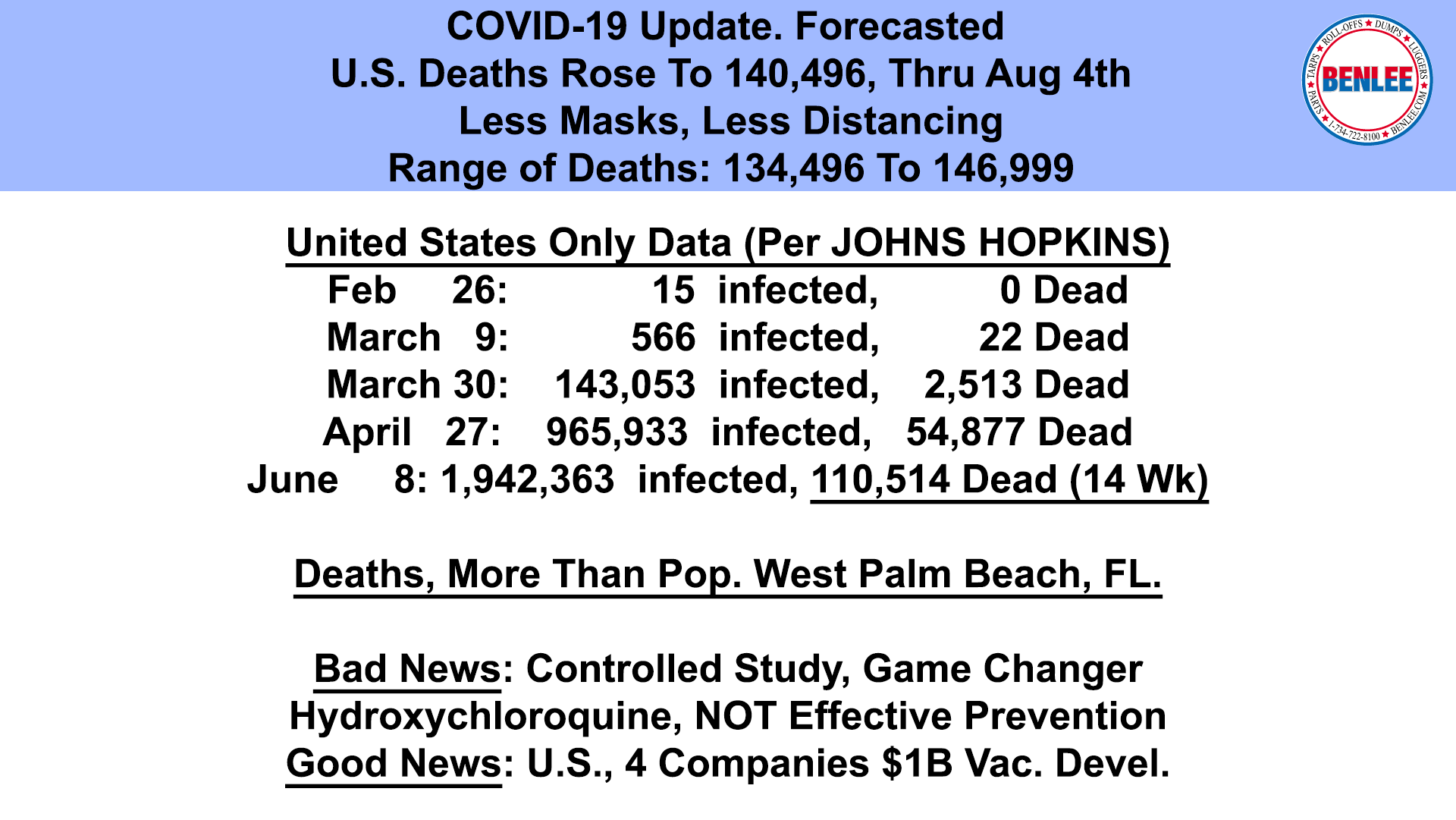 Covid-19 Update. Forecasted U.S. deaths rose to 140,496 through Aug 4th, as less people wear masks and less distancing. A shocking 110,514, are now dead in 14 weeks, equal to more than the entire population of West Palm Beach, Florida. Other Bad news is a controlled study showed the potential Game changer drug, hydroxychloroquine is not effective prevention for covid. Good news is the U.S. has picked 4 companies to get about $1B for vaccine development.

Oil price rose to $39.55/b, as May China imports hit a record and OPEC and their partners renewed their commitment to limit production.

The U.S. Oil rig count fell to 206 down 87% from the high. Normally higher prices bring more rigs, But the U.S. is now teaming with the OPEC cartel, on production cuts.

U.S. weekly oil production fell to 11.2M/b/d, down 1.9M/b/d in just 11 weeks. The U.S. plan of Energy dominance created massive problems with Saudi Arabia, so the U.S. has now backed down from the dominance plan. 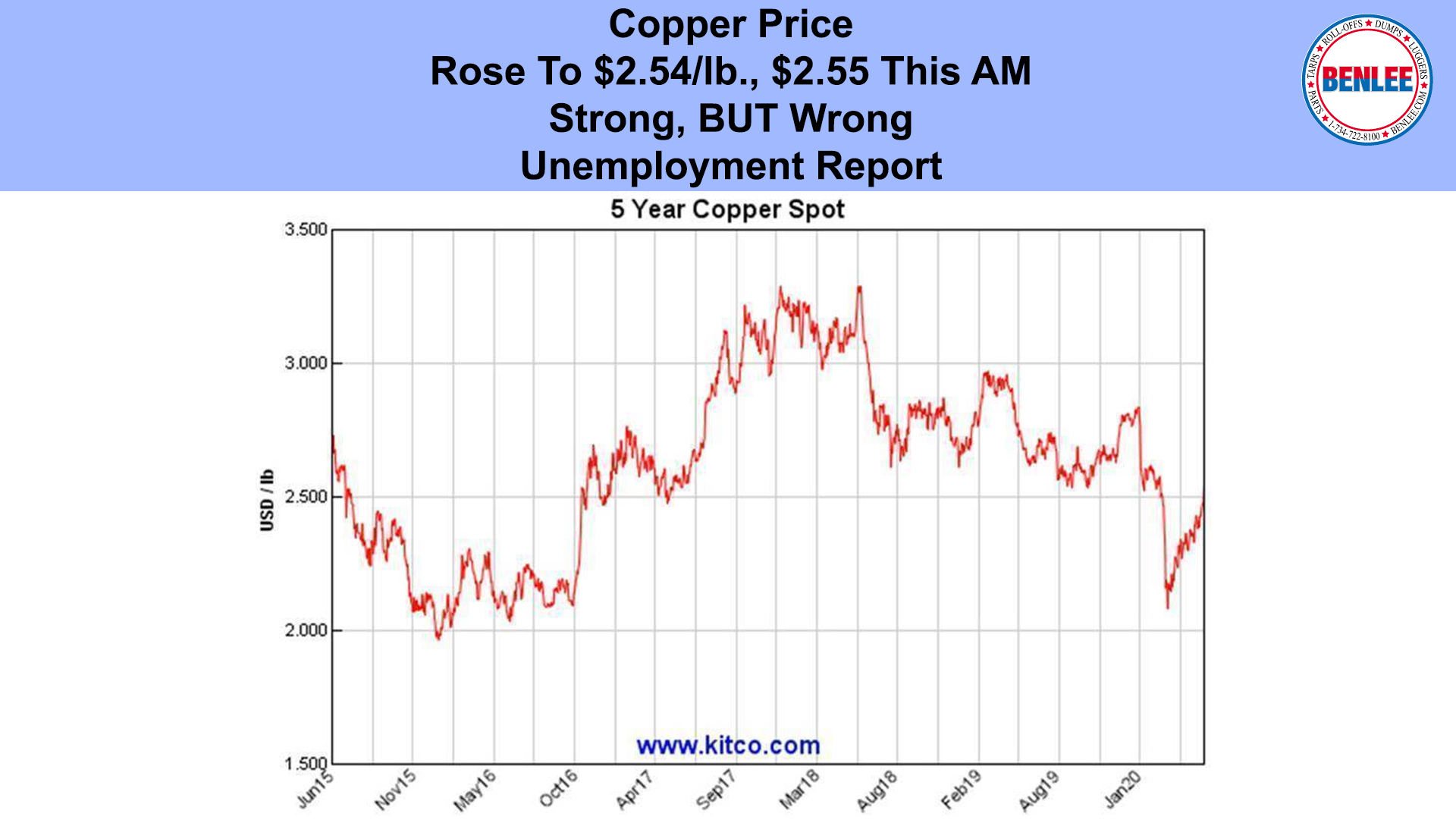 Copper rose to $2.54/lb., and is $2.55 this morning, on the strong, but wrong unemployment report, which we will talk about shortly. 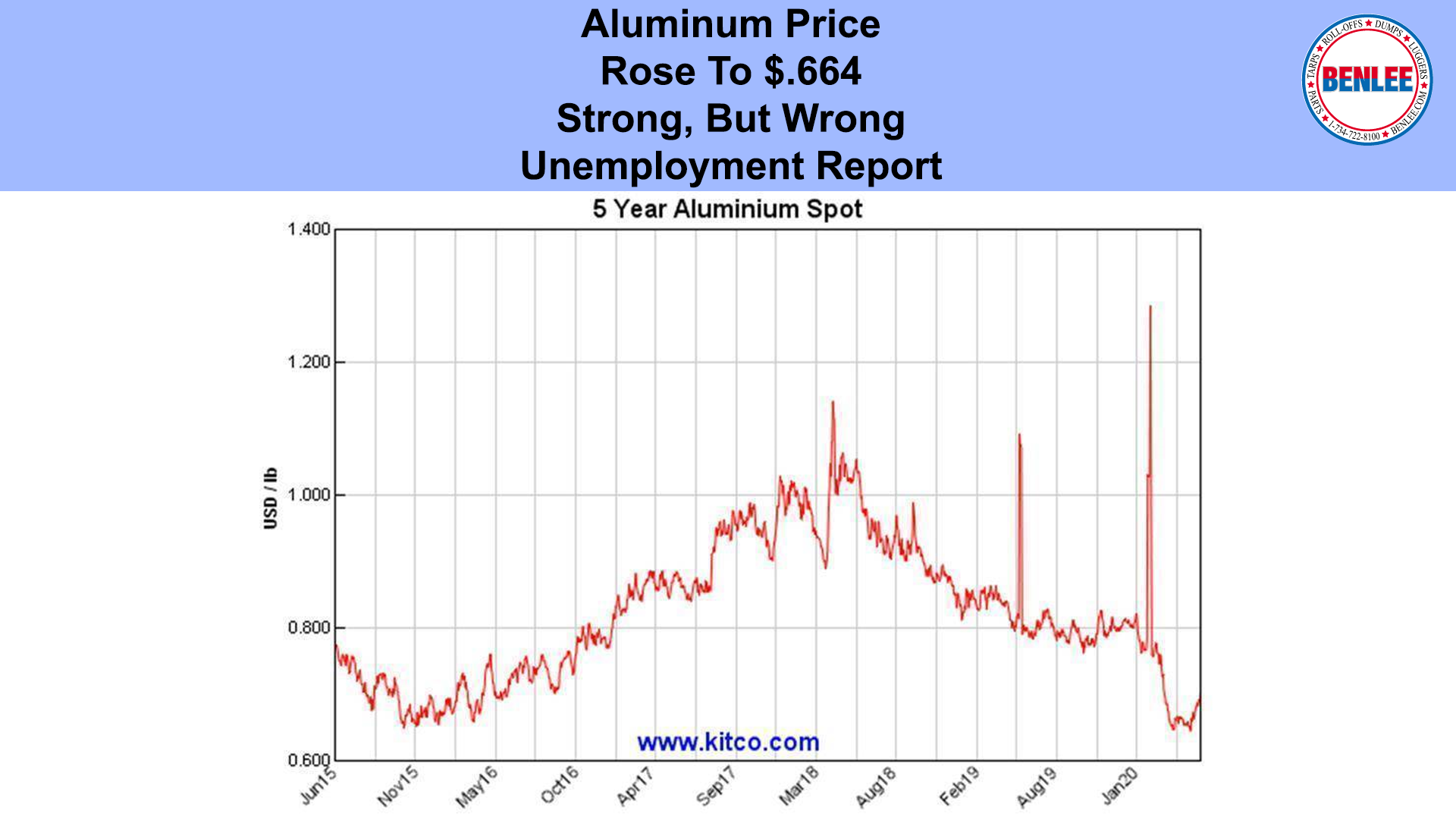 Aluminum rose to 66.4 cents per pound, on the same wrong report.

May’s U.S. Economic Growth Index-PMI, rose to 37 from a horrific 27 in April. Under 50 means contraction, so 37 means contracting slower than April. Note that the growth peak was mid-2018 and fell off the cliff in February.

May’s U.S. unemployment rate was released BUT, using wrong data. The headline was unemployment fell to 13.3%, but in the government’s own document, in the last paragraph, it said there was an error and the real number was 3% higher, so 16.6%. It is very, very troubling about the way this was handled.

U.S. new Jobs declined a record 20.7 M in April. It was just reported we gained back 2.5M jobs in May, but with the Unemployment rate reported at 13.3, yet it was then said it was 3 points higher, this data of gaining 2.5M jobs may not be correct.

Wall Street’s Dow Jones Average rose 1,728 points to 27,111 as the economy is reopening, and on the wrong unemployment report. 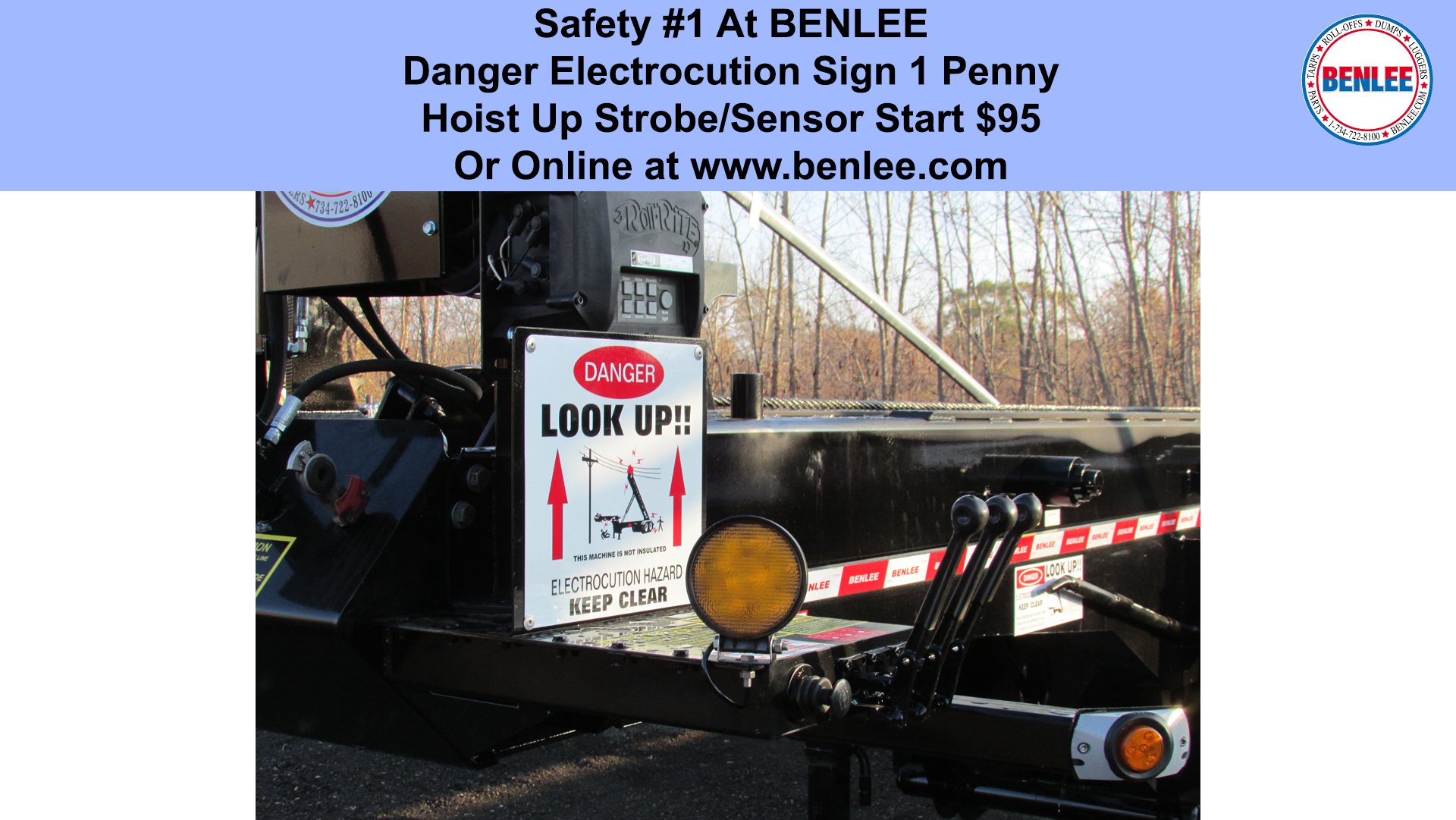 Safety remains #1 at BENLEE. We learned last week of a major accident with a hoist hitting a power line. Remember our $30.00, Danger, Electrocution signs are now 1 penny, yes, 1 penny so all but free at our online parts store. Also, the Hoist Up strobe and sensor start at $95. Both are standard on every new and used roll off trailer we sell. Order online or call 734-722-8100.