This is the Global Economic, Commodities, Scrap Metal and Recycling Report, by BENLEE Roll off Trailers and Open Top Gondola trailers, April 6th, 2020. This is a remote edition. 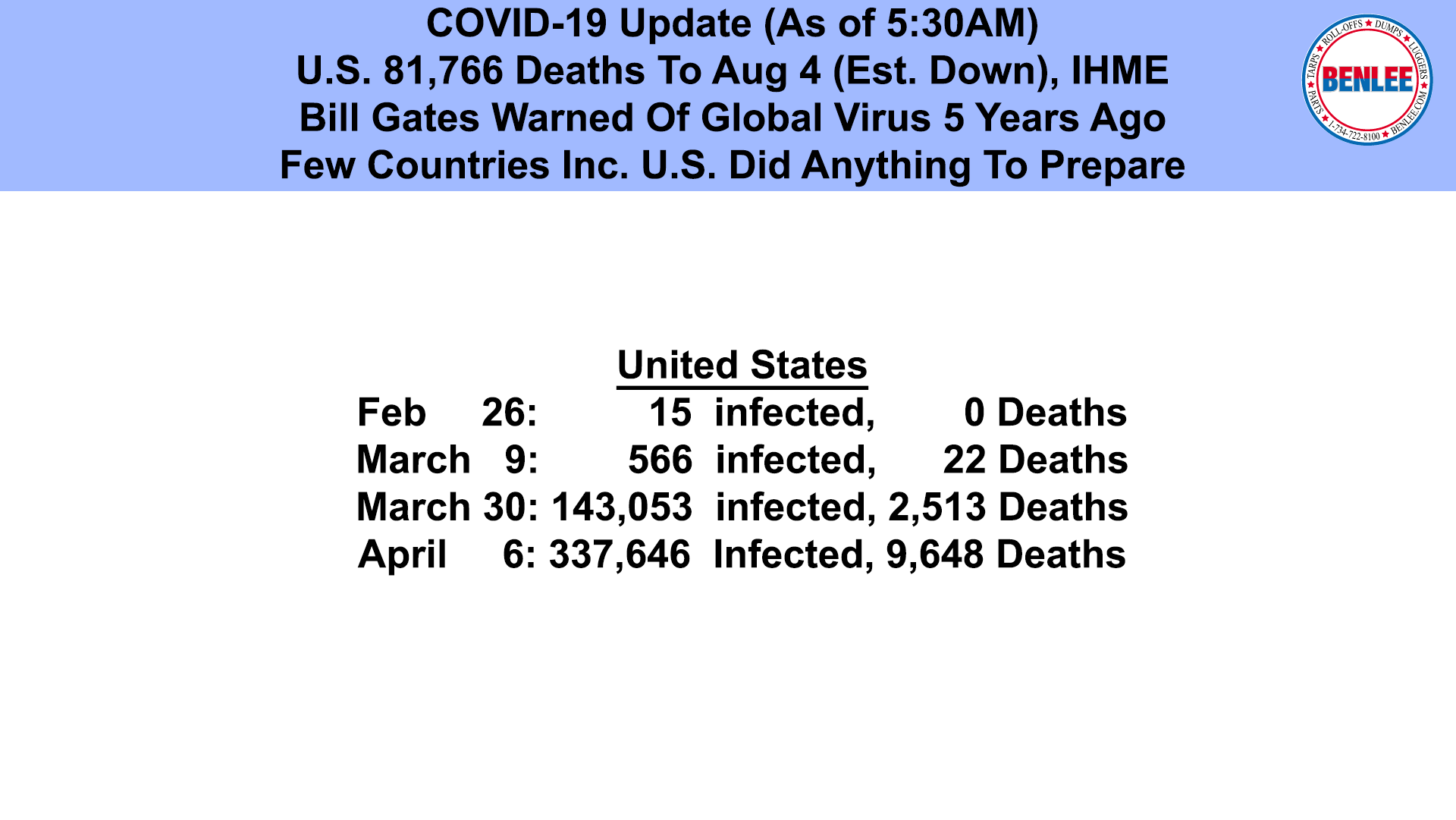 COVID-19 Update as of 5:30 AM. It is now estimated there will be 81,766 U.S. deaths through Aug 4th, which is down from the last forecast, per IHME. It’s sad to note that Bill Gates the second wealthiest person in the world gave a talk 5 years ago, warning a global virus could kill millions, yet few countries including the U.S. did anything to prepare for it. As for U.S. data, Feb 26th 15 infected, March 9th 566 infected, March 30 143,053 infected and as of this morning more than 337,646 infected and over 9,648 deaths.

U.S. weekly steel production fell to 1.67 M GT, which will fall much further in the coming weeks as industries such as Automotive remain closed and oil rigs decline.

Oil prices rose to $28.34/b, the largest weekly increase ever recorded. One year ago, March 29 the U.S. asked Saudi Arabia to raise oil production so as to lower gasoline price. A year later, last week, April 2, the U.S. asked Saudi Arabia to lower production which will raise gas prices to consumers, but will help oil companies and the jobs related to them. Low prices are outstanding for consumers, but are bad for Wall Street.

Scrap steel #1 HMS price was steady at $232.67/GT, but will fall this week, due to a combination of lack of demand, but falling supply.

Scrap Steel No. 1 HMS export buying price Philadelphia was steady at $135/GT the multi-year low as the global economy continues to fall. 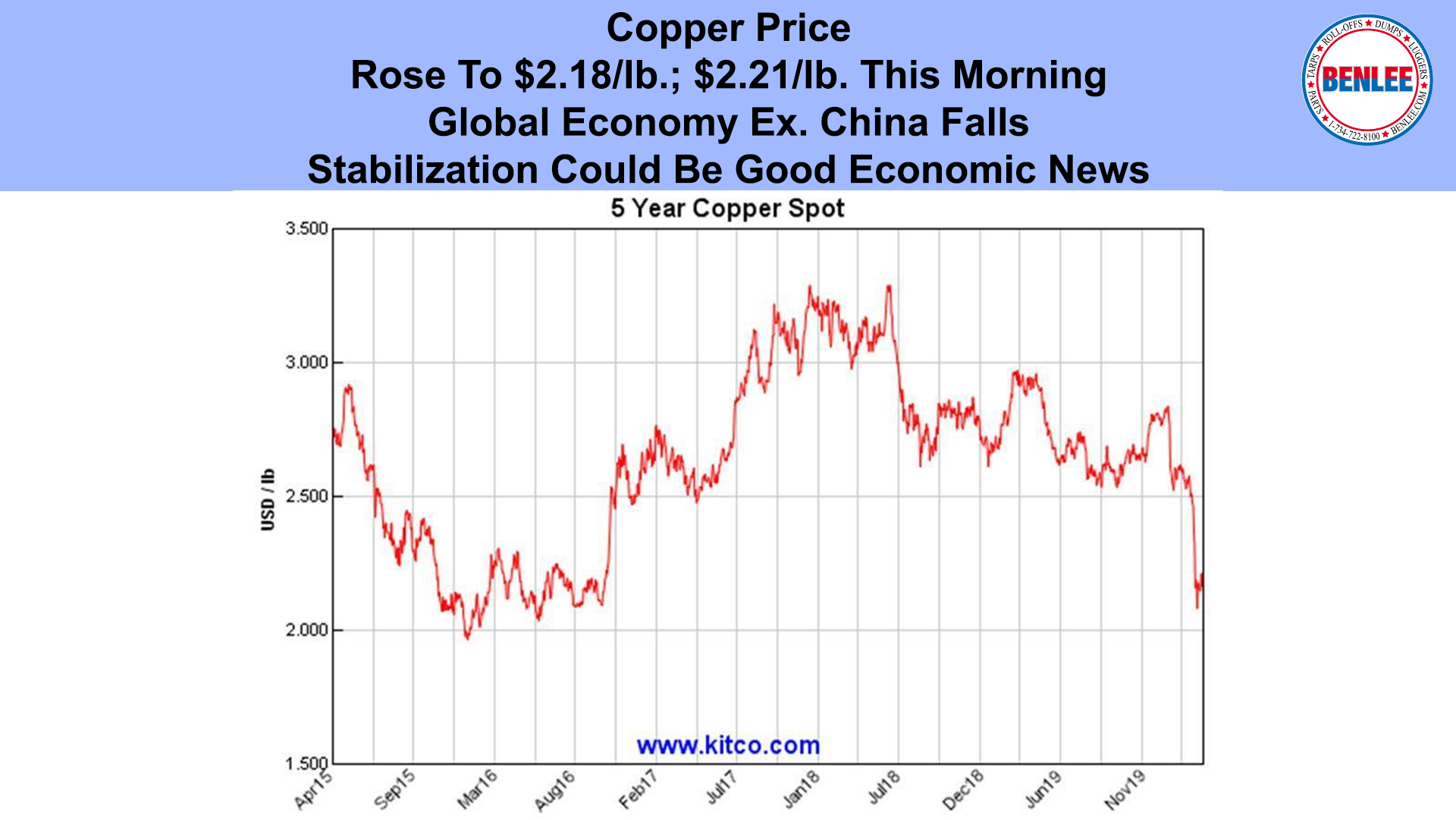 Copper rose to $2.18/lb. and $2.21 this morning, as the global economy excluding China continues to fall and copper price stabilizes, which could be good economic news. 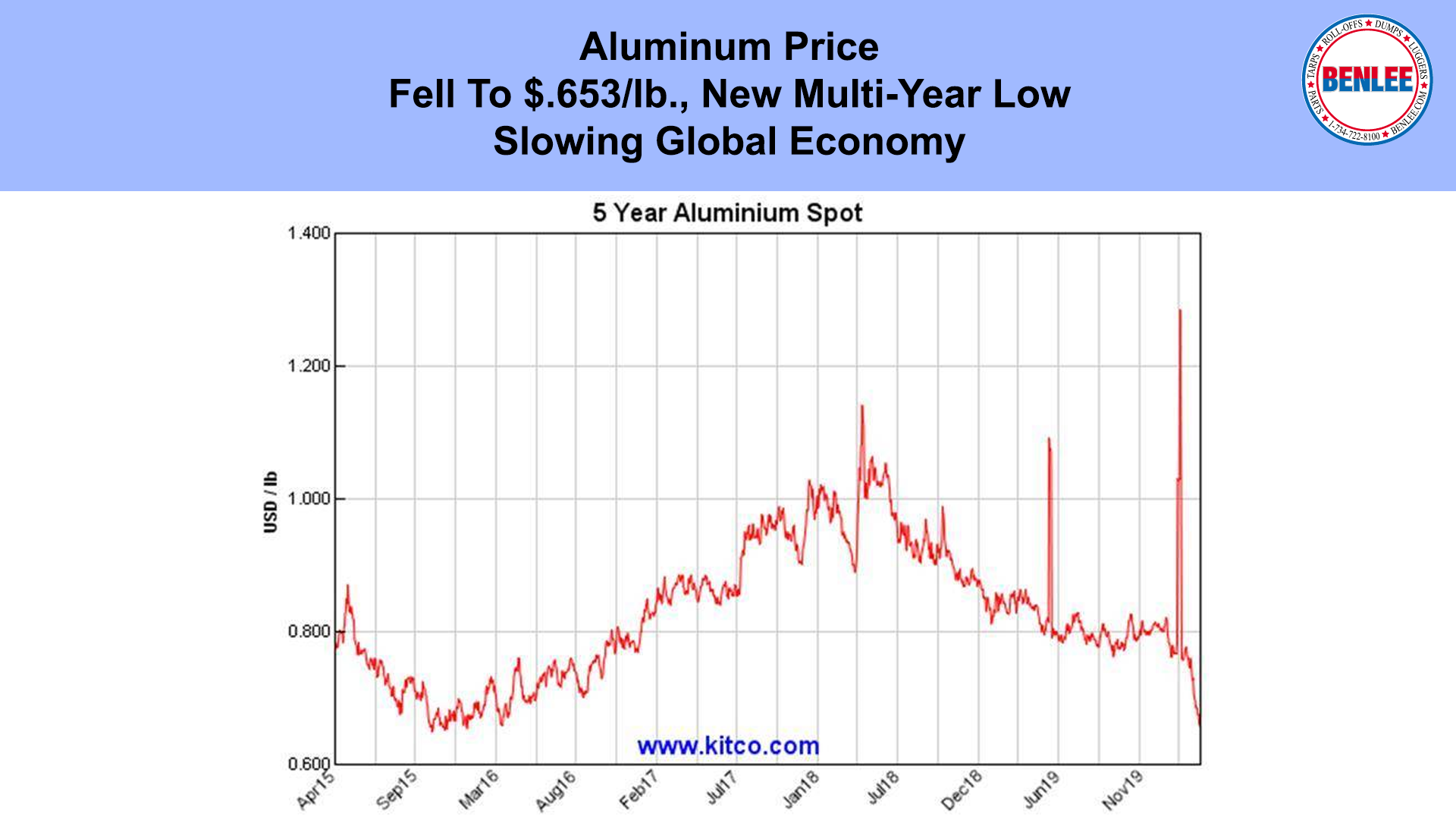 Aluminum fell to 65.3 cents per pound, a new multi-year low on the slowing global economy.

Wall Street’s Dow Jones fell 585 points to 21,052, as the global economy slows, but the U.S. pumps Trillions of dollars into the economy.