This is the Global Economic, Commodities, Scrap Metal and Recycling Report, by BENLEE Roll off Trailers and Open Top Gondola trailers, March 30th, 2020. This is a remote edition. 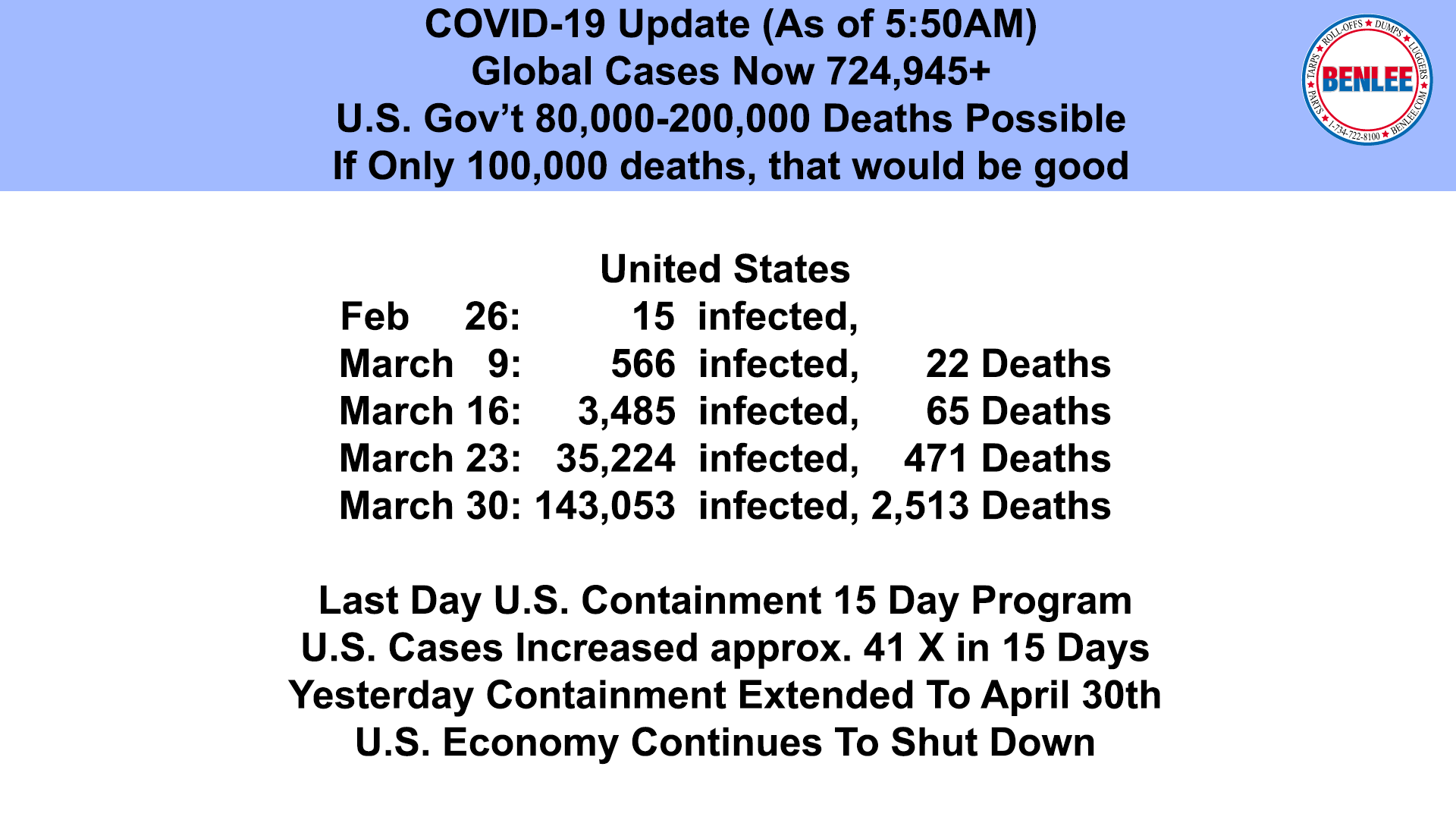 U.S. weekly steel production fell to 1.852 M GT, which will fall much further in the coming weeks as industries such as Automotive remain closed.

Oil prices rose to $21.82/b, near an 18 year low on declining demand and as OPEC looks to increase production.

U.S. weekly oil production fell to 13.0M/b/d, remaining near the all-time record, but this should fall due to the very low prices.

Iron ore fell to $86.50/Ton on global slowing, but as China restarts their economy. Toyota has restarted China production.

Scrap steel #1 HMS price was steady at $232.67/GT and will fall in April, due to a combination of lack of demand and falling supply.

Hot roll coil steel fell to $28.06/CT, and should continue to fall on lower scrap steel prices and falling demand. 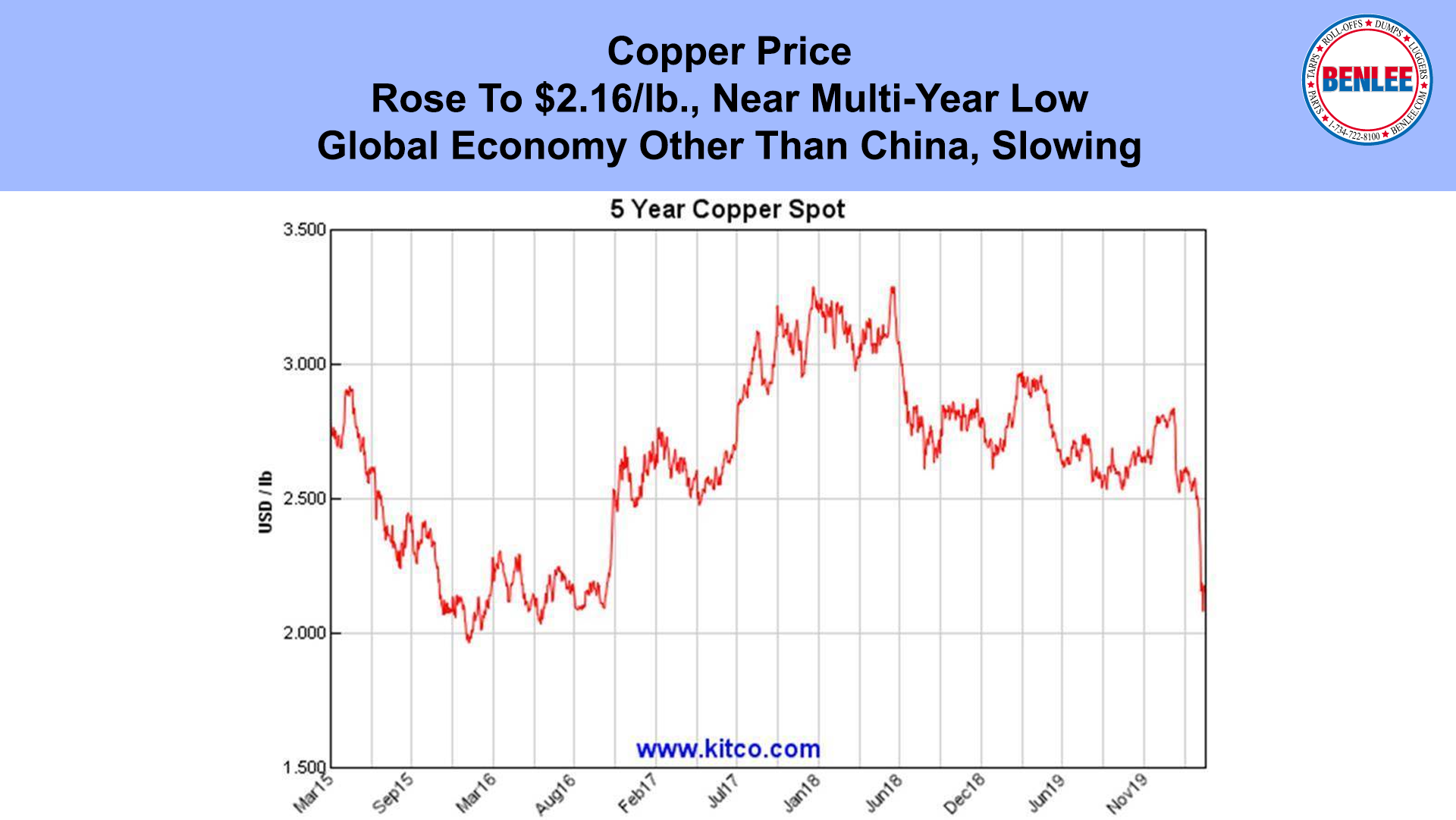 Copper rose to $2.16/lb. as the global economy other than China continues to fall. 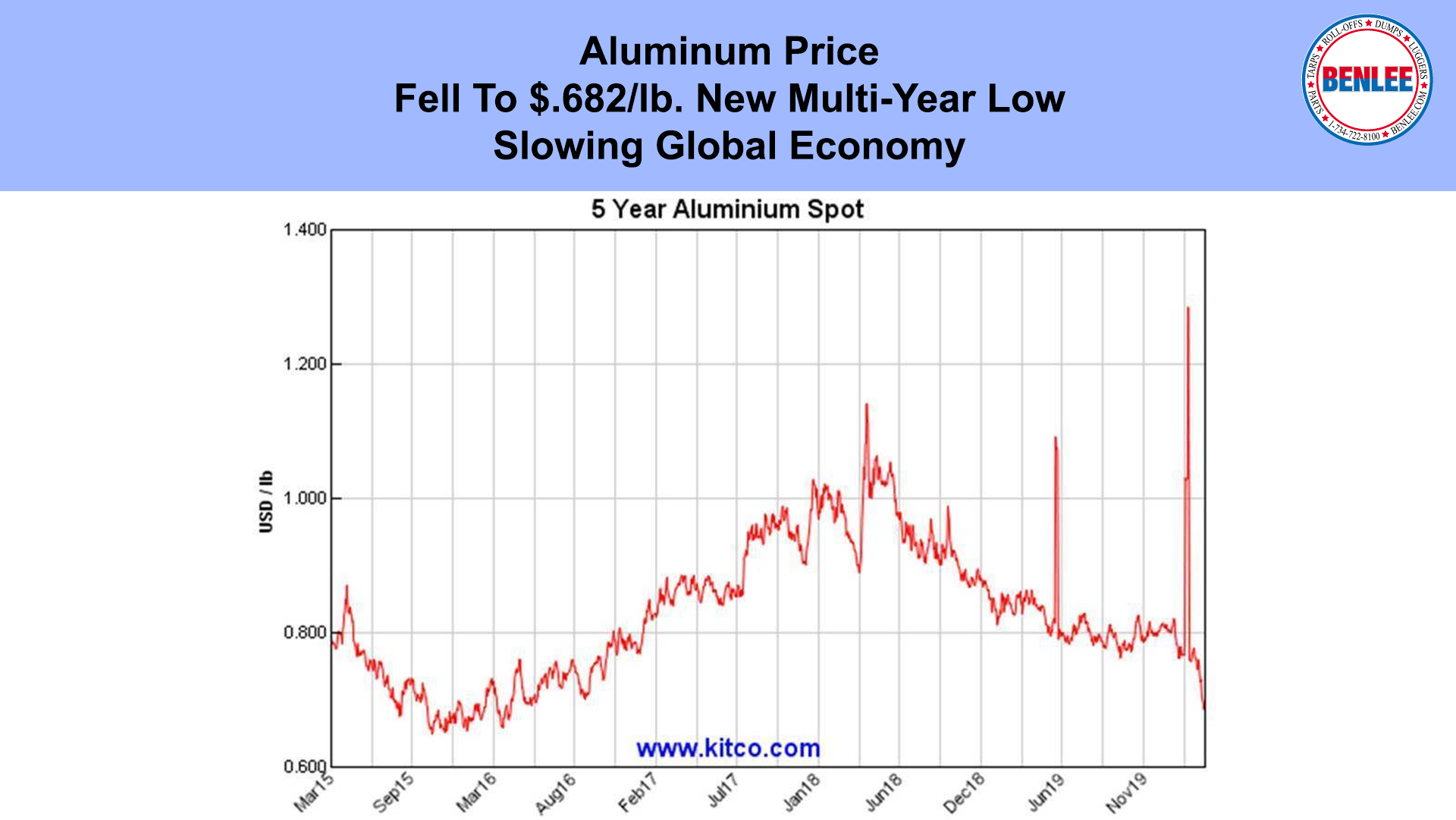 Aluminum fell to 68.2 cents per pound, a new multi-year low on the slowing global economy.

U.S. Unemployment claims skyrocketed to 3.28M, million for the week. The U.S. economy is in shock. This is a one-year chart.

This is also unemployment claims, see the thin line on the right, which is the same 3.28M. But note this is a 65-year chart. Shocking data in that this is the worst week of layoffs in modern history.

March’s U.S. Consumer Sentiment was revised down to 89.1, the lowest reading since October 2016 and the 4th largest one-month decline in about 50 years.

March’s U.S. Composite activity index, which is a combination of manufacturing and services, fell to 40.5, the sharpest decline since October 2009 and the service sector contracted the most on record.

As always, feel free to call, or email me with any questions, but importantly we hope you, your family, friends and employees remain very, very safe.