This is the Global Economic, Commodities, Scrap Metal and Recycling Report, by BENLEE Roll off Trailers and Lugger Trucks, December 23rd, 2019. This is a special remote edition.

Oil rose to $60.19 a barrel, near the Multi-month high, on continued OPEC production cuts and hopes of faster global growth.

U.S. weekly oil production remained steady at 12.8M barrels per day, near the record level, which is great for the overall U.S. Economy and jobs.

Iron ore fell to $93Ton, but remains high on the same hopes of faster global growth.

Scrap steel #1 HMS was steady at $229.33. Supply is coming into recycling operations too slowly. This means January could see higher prices to increase flow into Recycling yards.

Hot roll coil steel rose to $28.75/Hundred as steel mills continue to pass on increased scrap and iron ore prices, with more on the way. 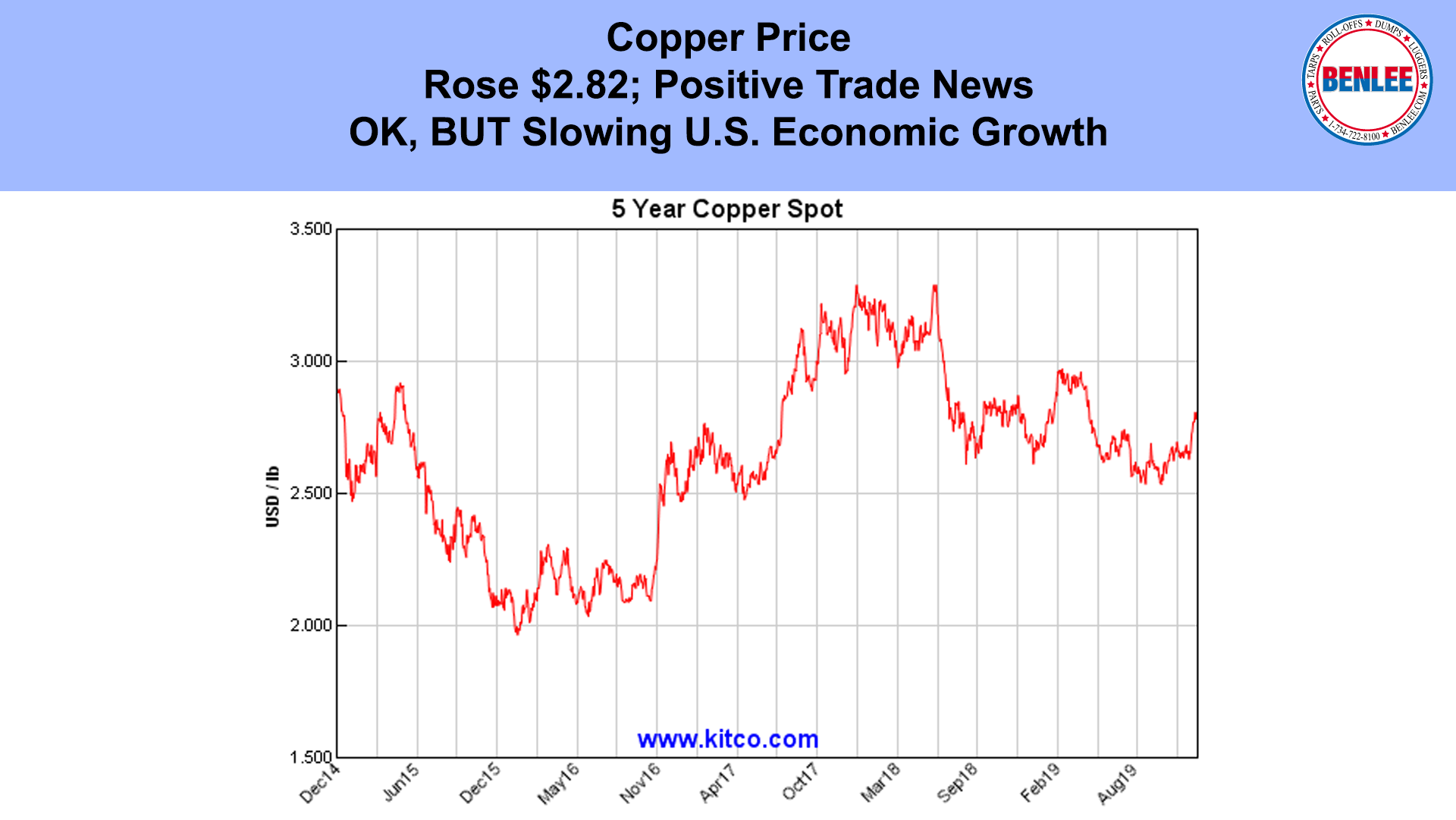 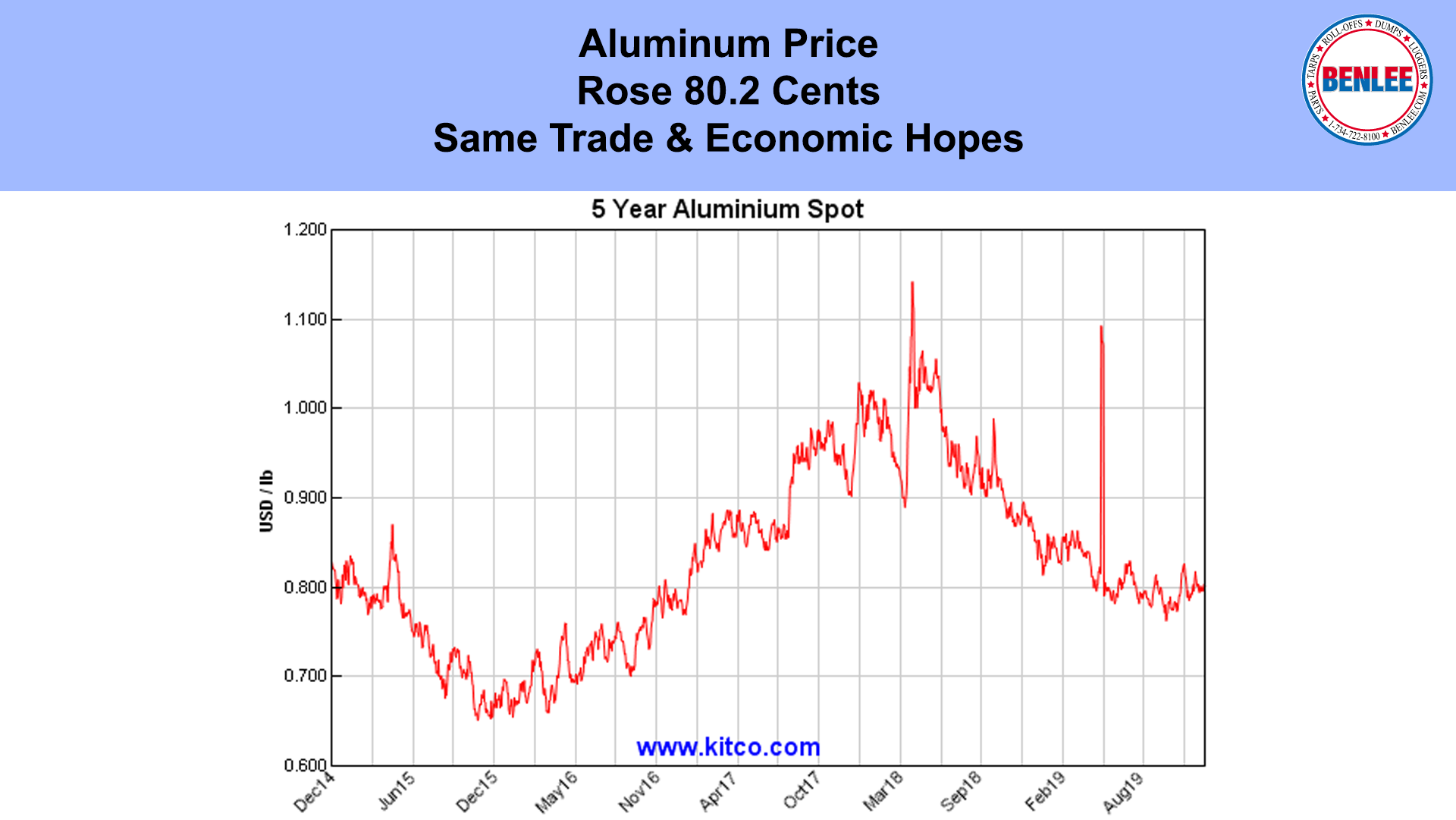 November’s China Industrial Production rose 6.2% year on year, the sharpest yearly growth in industrial output since June, with mining and metals strong. Eleven months of 2019 were up 5.6% from 2018.

U.S. GDP for the third quarter was a slow 2.1%. This is OK growth, but is a major problem. The 2017 tax cut was forecasted to increase growth to 4, 5, or 6%+, so the tax cuts were to more than pay for themselves. This simply is not happening. Instead slowing growth is bringing huge deficits and major borrowing. Major borrowing will lead to slower growth and more taxes unless Washington changes plans to drive growth to bring in more taxes and cut spending.

The U.S. Manufacturing Index clearly shows there was a major positive after the Tax cut, but since mid-2018 manufacturing has been contracting. We do think this is near the low of this cycle, while the consumer remains in very good shape.

December’s U.S. consumer confidence rose to 99.3, the highest since May as consumers view current conditions as more positive and inflation expectations declined.

While U.S. Government debt is rising and is close to a dangerous level, there is huge room for Optimism about the global economy per a recent CNBC article. 1. Global prosperity is rising, 2. Some of the world’s worst places are getting better like Uzbekistan and Sudan. 3. The Global middle class has never been larger and half of humanity lives in democracies. 4. Violent crimes have declined. 5. We’re getting smarter and more tolerant. 6. Technology could save the planet, from healthcare advances and carbon scrubbing for climate change.

How do you double your transportation productivity on long hauls for roll off dumpsters? Buy a BENLEE roll off Pup Trailer. We make them in 2-4 axles. Call us today at 734-722-8100 for a quote.