This is the Global Economic, Commodities, Scrap Metal and Recycling Report, by our BENLEE Roll off Trailer and Open Top Trailer, October 5th, 2020.

Crude Oil price fell to $37.05/b, the lowest in months as demand remains depressed and on concern about slowing U.S. growth.

The U.S. Oil weekly rig count rose to 189 a multi month high, but down a staggering 88.3% from the 2014 high. Low demand is keeping production low to raise prices.

U.S. weekly oil production was steady at 10.7 M/b/d, near a 2+ year low, as low prices bring low production. The U.S. has less oil exports, which is bad for the U.S., but good for OPEC.

Scrap steel #1 HMS price was steady at $245/GT, near the multi month high as supply is catching up with demand. There is limited upward price pressure, with Primes seeing some upward pressure. 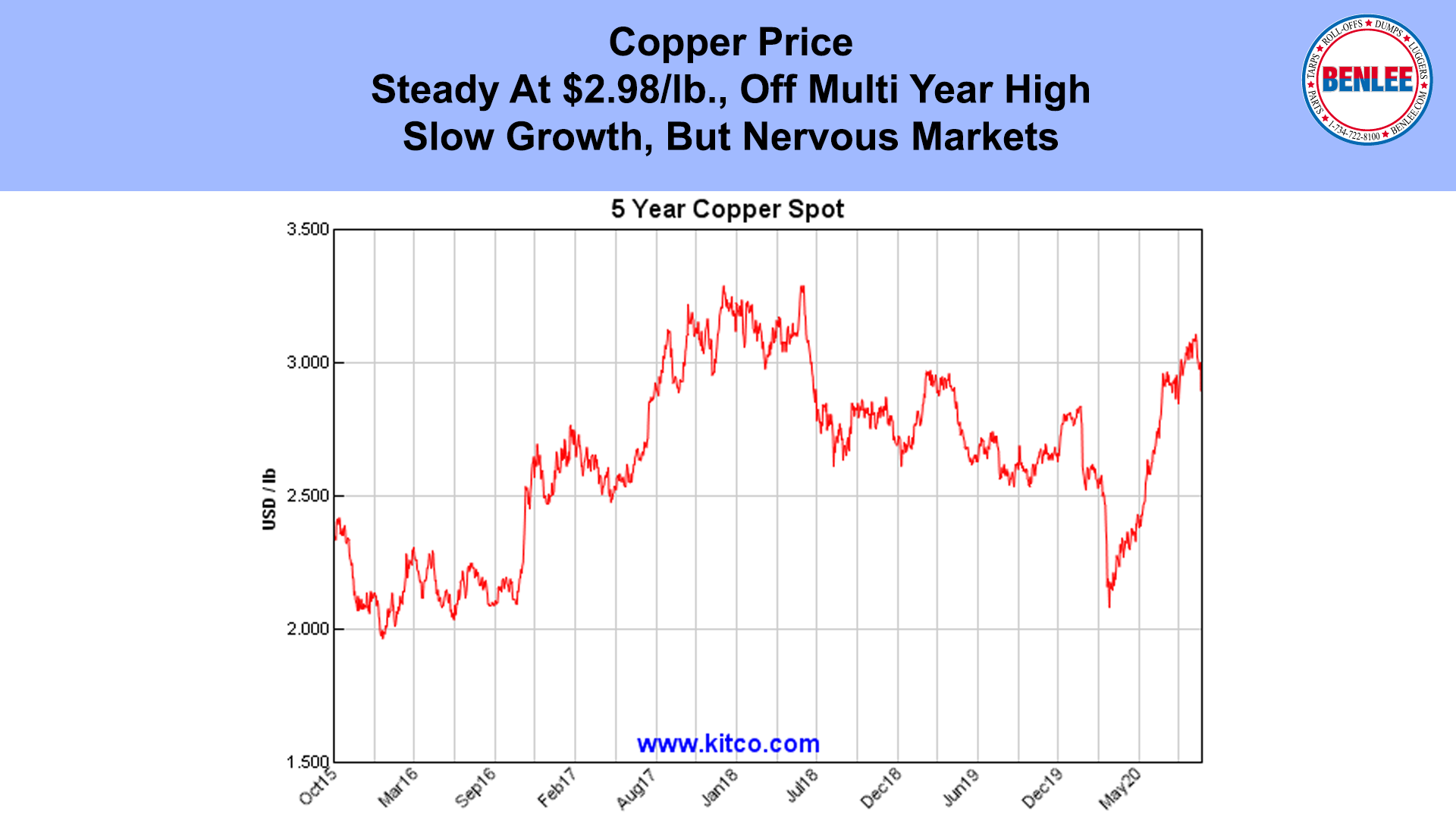 Copper Price was steady at $2.98/lb., off the multiyear high on slow growth, but nervous markets. 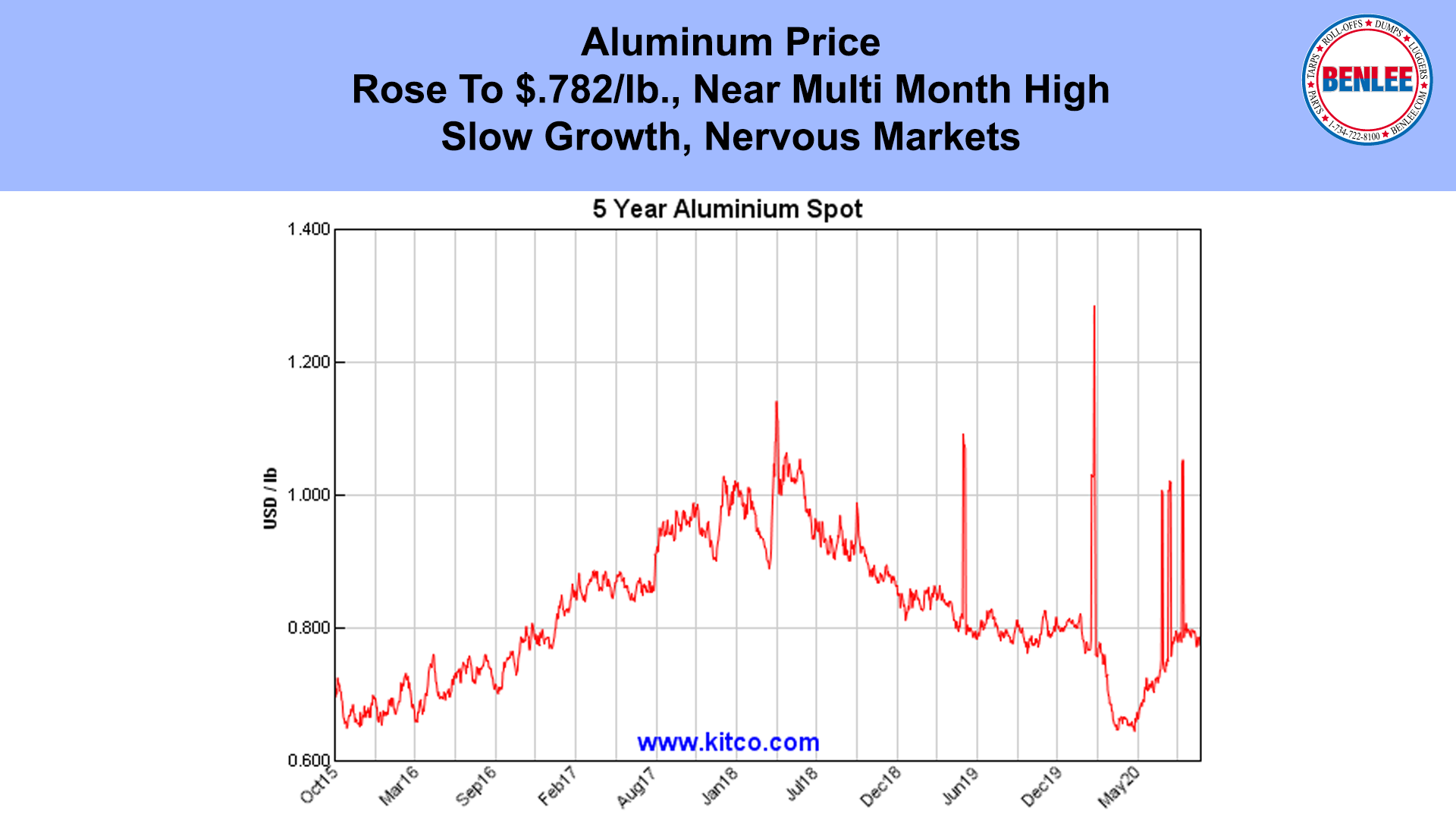 Aluminum price rose to 78.2 cents/lb. near the multi month high on the same slow growth and nervous markets.

U.S. 2nd Q GDP, fell a staggering 31.4%, less than the -31.7% estimate, but still the largest contraction in American history. Good news is that Q3 will be the largest growth, but the estimate for the year is -3.7%.

August’s U.S. trade deficit for manufactured Goods, widened, as in it was worse, to -$82.94B, the worst in American History. Consumer goods and autos had their biggest increase. The result of years of better trade deals, is we have worse, not better deficits.

September’s U.S. unemployment rate fell to 7.9%, but strangely the government at the bottom of the release on the report says unemployment is really .4% higher, so 8.3%. Great news that it fell, but it’s still over 8%. This does not include the massive layoffs that were announced by the airlines and Disney last week.

September’s U.S. consumer confidence was revised higher to 80.4 the best since March, which is great news. Americans are more optimistic about the economy, but remain concerned about the election and vaccine widespread availability.

Wall Street’s Dow Jones Industrial Average rose 509 points to 27,683 after 4 down weeks. Markets are nervous about President Trump’s hospitalization. The New $2T stimulus plan is stuck in congress, but is still possible.

As always, feel free to call, or email me with any questions and we hope all have a safe and profitable week.