U.S. weekly steel production rose to 1.923 Million tons with steady, but slow demand as positive signs remain in the market.

Oil fell to $58.85 a barrel, despite the somewhat positive trade news. Global oil supplies are good, despite huge past producers like Venezuela and Iran, mostly currently off the market.

U.S. weekly oil production rose to 13 million barrels per day, a new all-time record, with now about 4 years of growth. This is outstanding economic news for much of the U.S. Economy.

Scrap steel #1 HMS Price rose to $259.33/GT as steel mills were forced to pay the higher prices to meet demand. Supply and demand are coming into balance so there is price uncertainty for February.

Hot roll coil steel fell to $29.94/Hundred, on slow demand as the recent higher prices hit their limit due to the slow demand. 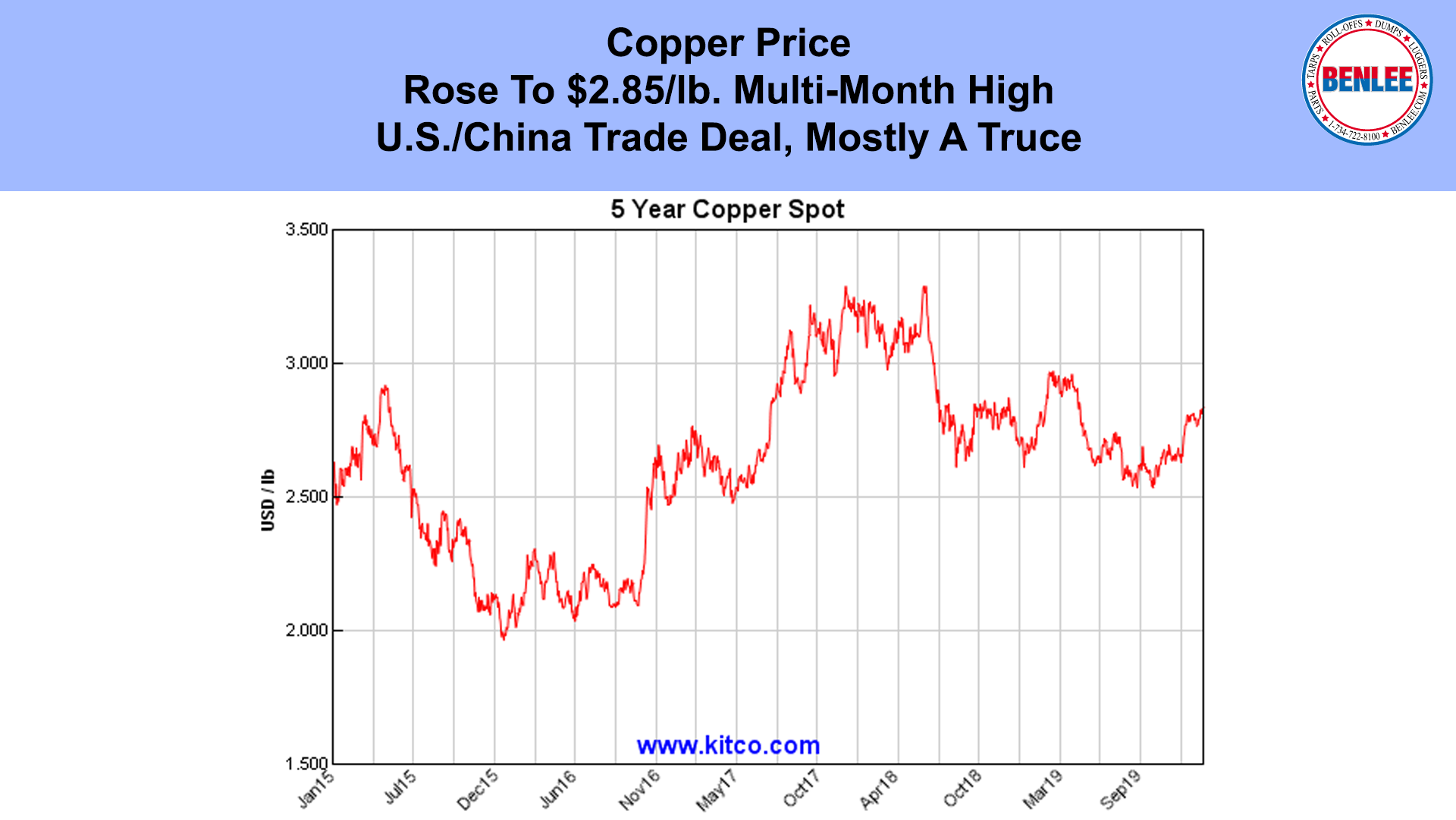 Copper rose to $2.85 per pound a multi month high on the signing of the U.S. China trade deal which was mostly a truce, as few tariffs were rolled back and most tariffs are staying in place. 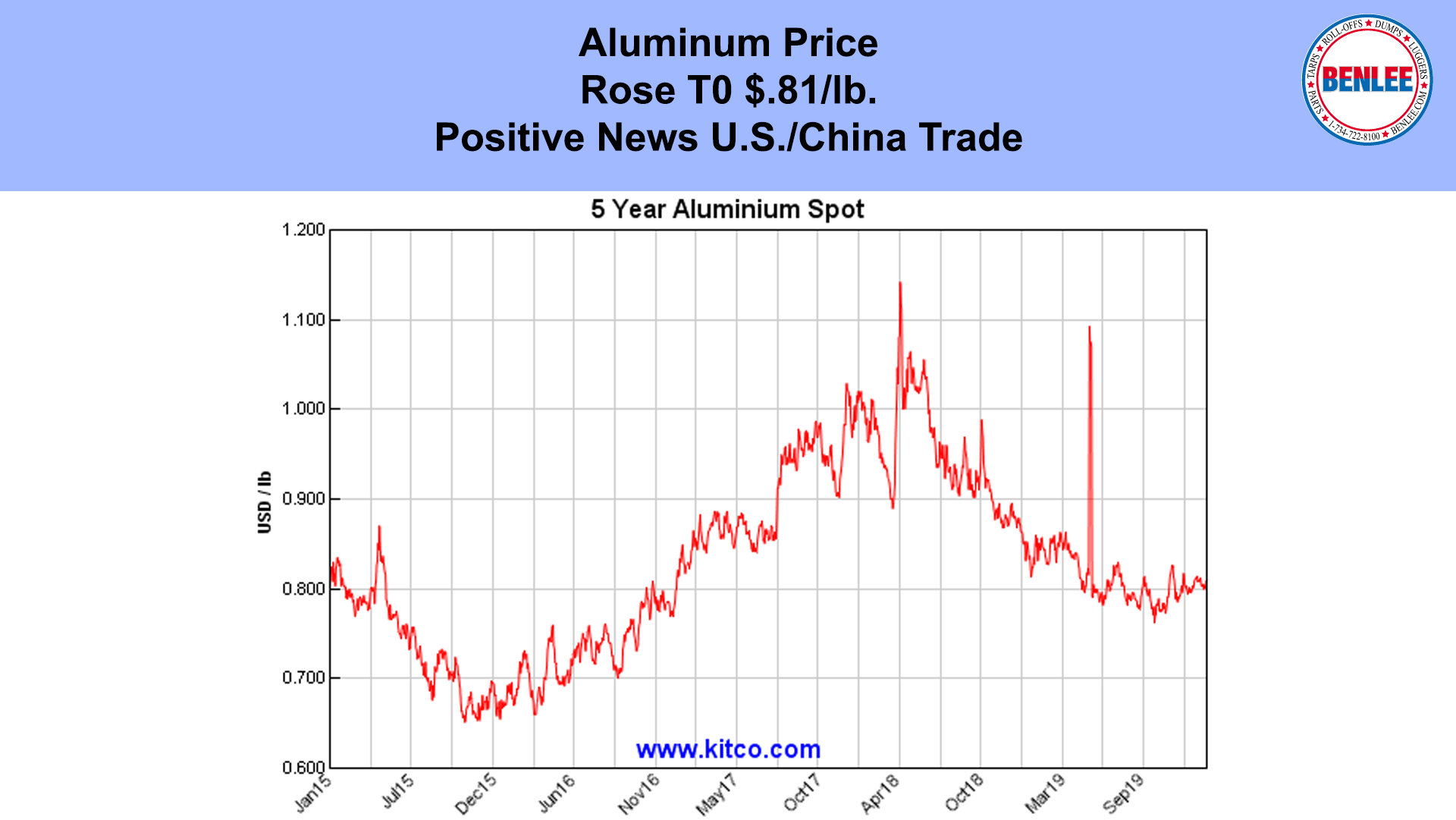 Aluminum rose to .81 cents per pound, on the same news about the U.S. China Trade deal.

There are many ok to good things going on in the U.S. Economy, but this is a disturbing chart. See the grey line on the right that is going up. That is the U.S. Government deficit rising. This is the first time in modern history, other than during the Vietnam War that unemployment is going down, and we had more people working, but Federal Deficits are rising. The 2019 calendar year deficit hit $1Trillion. Interest payments on this deficit are hurting the ability to invest in important things like infrastructure.

U.S. December Housing starts rose to 1.608 million units annualized, the highest since June 2007, about 12.5 years ago and the largest gain in 3.5 years. Great, great news for jobs and the economy.

December’s U.S. Inflation rose to 2.3%, the highest in 13 months, boosted by a sharp rebound in energy costs, while food eased. Core inflation which Excludes food and energy, rose the same 2.3%, unchanged from November.

Wall Street’s Dow Jones Average rose to 29,348 having hit a new record. This is a great 11 year run up, staring in March 2009. This major increase is supporting the wealth effect. As people feel wealthy, they spend more, which will help the economy.

We were very sad to learn of the death of ISRI’s Mark Reiter. He was one the best. Mark we will truly miss you. As always, feel free to call, leave a message on LinkedIn or email me with any questions and we hope all have a Safe and Profitable week.