This is the Global Economic, Commodities, Scrap Metal and Recycling Report, by BENLEE Roll off Trailers and Open Top Scrap Gondola Trailers, January 13th, 2020. This is a special edition with Greg Brown out of the Country with Ron Ostrowski reporting. Greg will return next week.

U.S. steel production was steady at 1.876 Million tons. We may be close or near the bottom of this mini cycle as the Consumer and jobs remain fairly strong.

Oil fell to $59.08 a barrel, as the U.S. chose not to hit the 52 Iranian sites that had been threatened if U.S. assets were attacked. Global oil supplies remain strong.

Iron ore was steady at $93.50/Ton, on the continued very slow growth in the global economy.

Scrap steel #1 HMS was up $20-$30/GT depending on the market. Importantly, prices were up to get more scrap into the market due to weak supply, not due to strong demand, as demand remains fair. 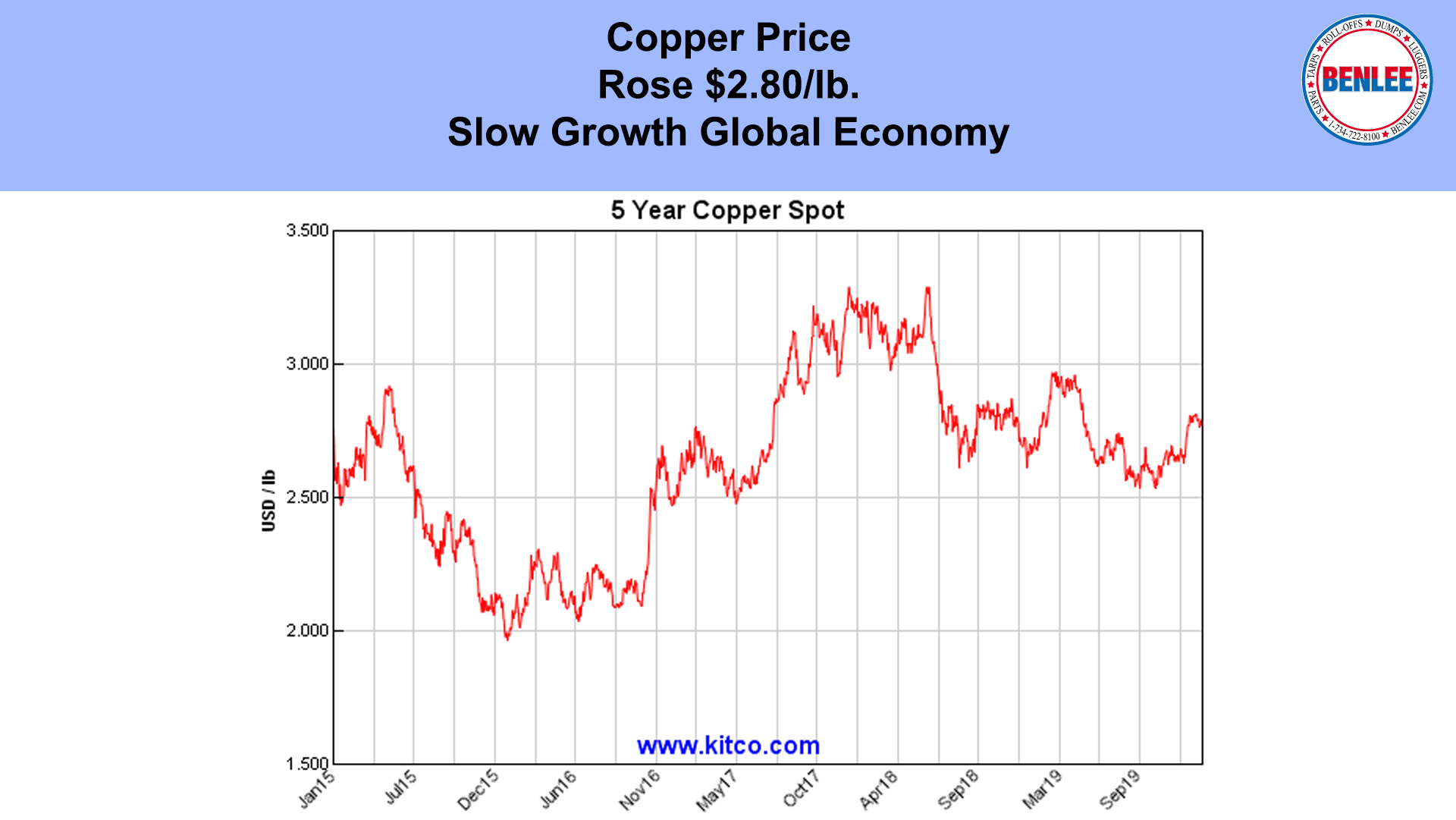 Copper rose to $2.80 per pound, on the relatively good news from the Mideast and as slow growth remains in the global economy. 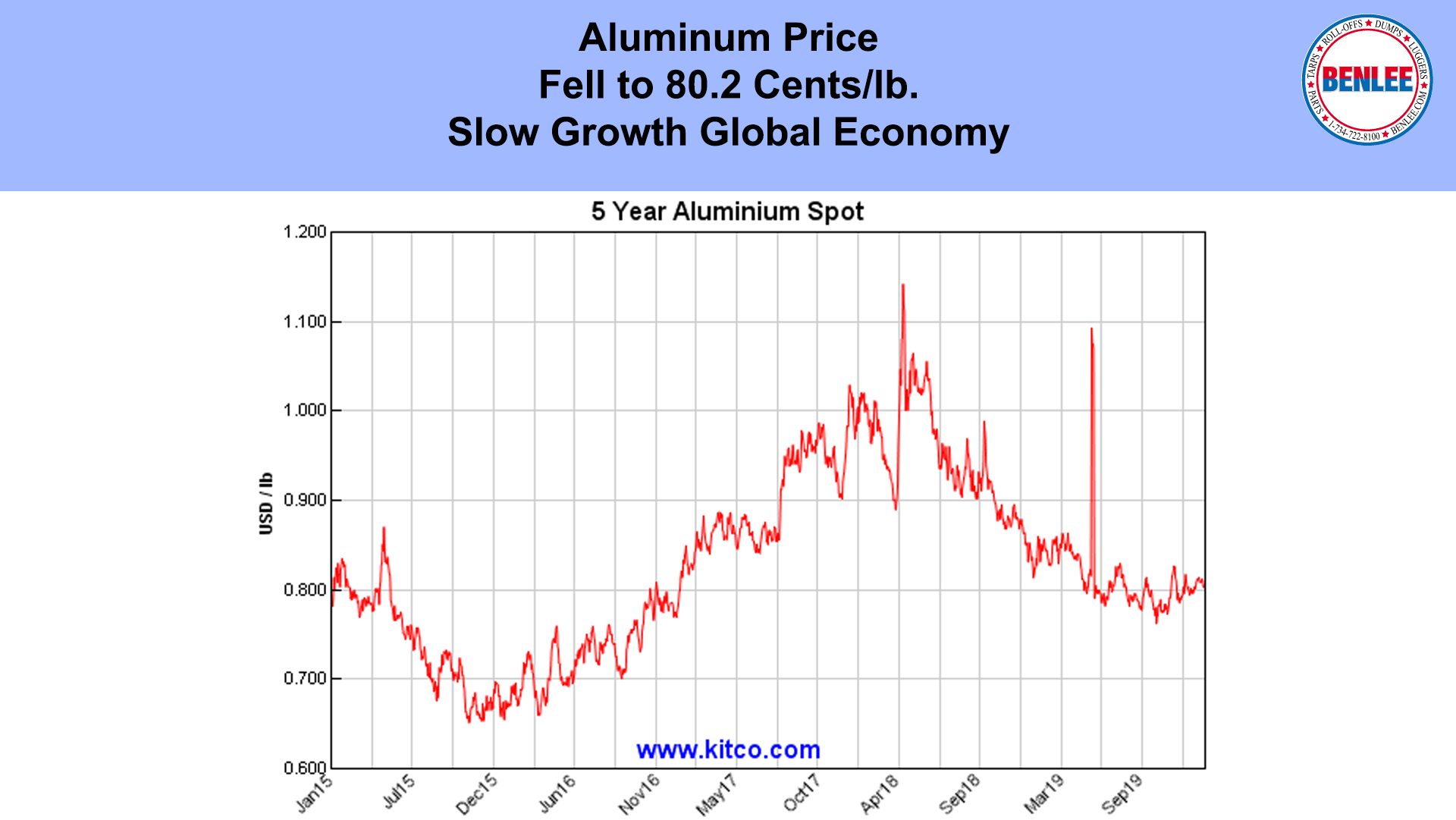 Aluminum fell slightly to 80.2 cents per pound, on the same Mideast News and slow growth in the global economy.

December new jobs fell to a fair 145,000 jobs, less than half the jobs of a few years ago. Strong actions limiting legal and of course illegal immigration remains hurting hiring and economic growth. Less qualified people to hire and buy things hurts productivity and growth.

The Labor force participation rate is all people over 16 years old that can work and are working. December was steady at a very weak 63.2%. This is a major opportunity to improve the economy, by getting more of these people into the work force.

Job growth in December showed that low paying retail and leisure jobs were strong, while higher pay manufacturing and transportation were weak. It remains clear that the tariff war hurt, not helped U.S. Manufacturing.

As for high paying coal mining jobs, they fell to 52,000, now up a tiny 1,200 since January 2017. The promised explosion in these high wage jobs has not happened.

December’s Global Growth index rose to 51.7 as the tariff war damage has begun to subside. Globally though lack of increased productivity remains a serious problem.

Wall Street’s Dow Jones Average rose to 28,824 hitting a new record during the week, but down Friday on the weak jobs report. The solid 10-year growth trend continues as the global economy remains in a slow growth mode. A very serious problem is, even the slow growth is being fueled by deficit spending and low interest rates, not the much needed productivity.

As always, feel free to call, leave a message on LinkedIn or email Greg with any questions and we hope all have a Safe and Profitable week.